‘Born with a set of Tarot cards in my hand’, Michele’s autobiography became a Sunday Times Best Seller, telling her story of a tempestuous childhood growing up in a house with a wild Italian psychic mother. Her early years were marred by severe sexual abuse and danger, but her psychic and spiritual path enabled her to transform her life. Today, her hearty laugh and warmth, as well as her overwhelming belief in the power of love, has created a huge YouTube following with 26 million views to date, and increasing by 700,000 a month! 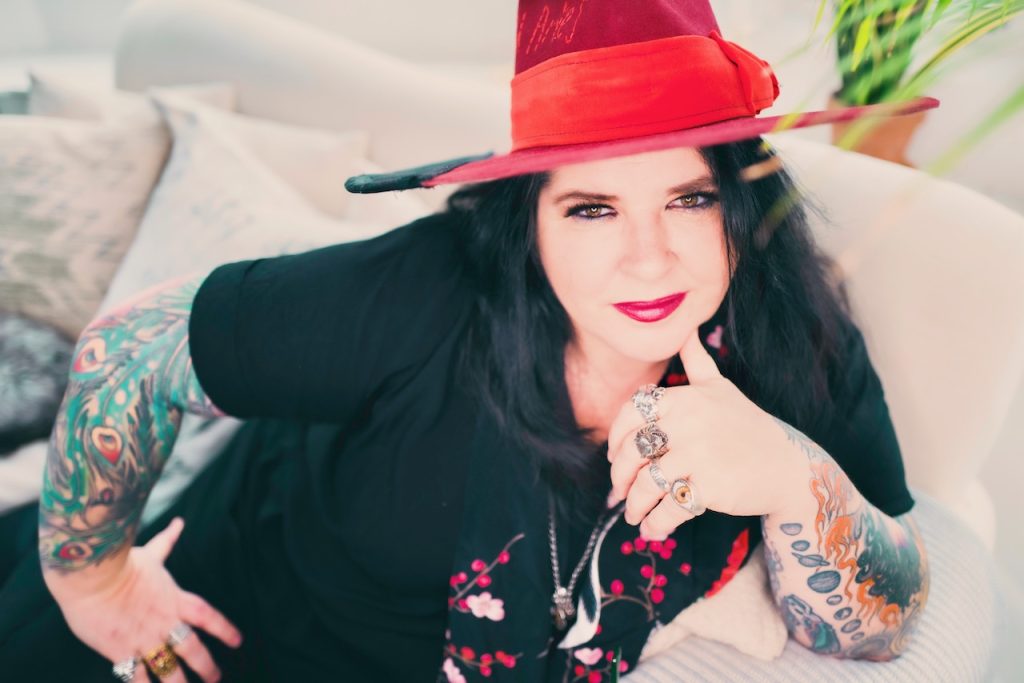 Voted the UK’s Favourite Female Psychic several years running by readers of Soul & Spirit – one of the UK’s leading magazines in the mind, body and spirit genre, as well as Best Spiritual Website, Best Psychic Company, Best Astrologer and many more, Michele has also been a regular columnist on all aspects of spiritual development for Soul and Spirit and Spirit and Destiny magazines. She is also the astrologer for Diva Magazine.

In Michele’s own words

As Michele explains in her own words: “The last thing in the world I wanted to do was follow in my mother’s footsteps, yet I ended up working as a professional psychic from my teens. I wanted to bring psychics into the 21st Century, and to show people how to use their own abilities to empower and transform their lives. I adore making and writing free content to help people explore their own journey, and come from pain to freedom. From personal experience I know that life can turn a corner at any moment, we are not our past, we are our future and that we are all more powerful than we can possibly know.”

Here’s a little video Michele made for a TV show pitch in the USA:

“I’ve always been insatiably curious. When I was young, I read everything I could about every single esoteric subject you can think of, and along with that completed a degree in Social Science and Anthropology in my early twenties.

Having studied subjects as wide ranging as neuroscience and quantum physics, Michele has drawn on these diverse sources and transformed them into one coherent system called Quantum Creating. A quantum leap beyond the Law of Attraction, Quantum Creating is the next evolutionary step in uncovering our soul’s purpose.

Michele has been a media favourite for over 20 years and has a wealth of TV and broadcast experience. She was the star of the popular channel 5 show ‘Housebusters’ for 3 series and was the resident astrologer for the ‘X factor Xtra’ and ITV’s ‘This Morning’. She is also the astrologer for Channel 5’s LIVE with Gabby, a popular daytime show aired on terrestrial TV. For many years Michele was the weekly astrologer columnist for the UK’s best selling fashion magazine, Look as well as The Daily Mirror Newspaper magazine.

Michele has a deep connection with the Devonshire countryside where she lives with her beloved animals – dogs, rescue ponies, donkeys, a cat, peacocks, pigs, ducks, countless chickens and an adoring but naughty parrot named Rocky. She shares all this with her rock, soulmate and life partner, film maker and photographer Cathy – www.cathywaite.com.

2012 – Michele takes up the role of astrologer on Channel 5’s LIVE with Gabby with presenter Gabby Logan.

2010 – Michele appears as an astrologer on ITV’s This Morning, alongside presenters Phillip Schofield and Holly Willoughby.

2008 – Michele adds her insight into housemates on Big Brother’s Little Brother on Ch4.

Michele appears on ITV’s This Morning.

I’m A Celebrity Get Me Out Of Here Now ITV2: Michele chats to Mark Durden-Smith about how the contestants will get on.

EggHeads BBC2: Giving the Eggheads a run for their money with psychic quiz team Psychics R Us.

2005 – Michele appears on ITV2 X Factor Xtra Factor as the psychic expert for the second year running, doing light hearted, specific palmistry and foot readings for the contestants and bantering with Ben Shephard.

Housebusters Series 3. Michele’s third series as an expert in the ‘psychic changing rooms’ show for Channel5.

Housebusters series 2: Michele’s second appearance as an expert in the second series of this psychic changing rooms show for channel five aired Dec 2004 through 2005.

‘Celebrity Love Machine’ aired on ITV2: Michele dishes the dirt on the inner workings of celeb’s love and sex lives.

‘Strictly Come Dancing’ – aired on BBC3: Michele has a lively and light hearted chat and compares the compatibility between the two remaining couples.

‘Housebusters 2’: filmed pilot that was screened on Channel 5 as a precursor to the second series of Housebusters, which aired in 2004.

Jane Goldman Investigates: successfully trained Jane Goldman to become a Tarot reader and was filmed throughout the process, screened Nov 2003 on UK LIVING.

SKY 1 ‘When Celebrities Attract’: astrology expert in six shows looking at the compatibility of celebrities.

2001 – ‘Anna In Wonderland’, aired on BBC2/Choice: Expert guide for Anna from Big Brother to explore the often bizarre world of psychics and clairvoyance. This involved interview, unscripted banter and driving Anna around on a Harley Davidson.

The Occult – aired on Channel 4: Michele appears as a presenter on show exploring the strange world of the occult.

‘Vanessa’ – aired on BBC1: Michele guests as an expert discussing the significance of coincidences.

‘The Truth About Sex Appeal!’ – aired on Carlton: Michele appears as an expert on sacred sex.

‘Special’ – aired on Sky One: Michele appears as a celebrity guest/expert for three shows to be repeated throughout 1998.

Sky News: Michele appears as an expert psychic discussing predictions for 1998. This includes a 15 minute unscripted discussion with Adam Bolton.

Paul Ross’ ‘If I Were You’ Carlton TV: Michele appears as an expert clairvoyant.

Michele is interviewed on The Edge as London’s top media clairvoyant. Informal chat, interaction with, and reading done for the host.

News At Ten Carlton TV: Michele appears as an expert on Palmistry.

Michele has guested on programmes for Kerrang! Radio, Talk Radio, Radio 5 Live (including making predictions for the World Cup and about Rooney), and on LBC’s regular weekly shows with Mike Allen and Pete Murrey.

She has also appeared as the astrologer for BBC Asian Network and presented her own show on My Spirit Radio.