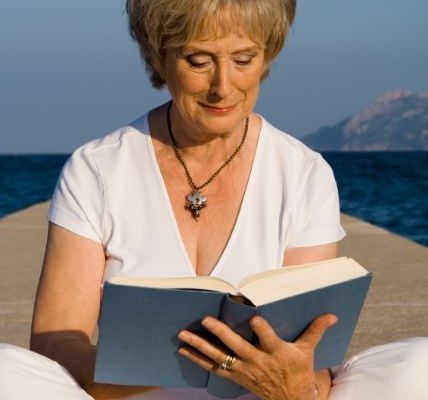 The study of signs and symbols takes us on a fascinating journey deep into our psyches and the very dawn of humanity itself.

A sign or symbol is really just something that stands for something else.  Here, for example, we’re talking about a dream that you might have about an eagle that you sense is trying to tell you something, or a number that seems to pop up wherever you go that gets you wondering about its whole significance to you.

The beginning of culture and the mediators of symbolism

Historical records show that mystics of all kinds, from the seers at the Oracle of Delphi to the Aboriginal Shamans of Australia, acted as expert mediators between signs and symbols and the lives of people who lived in ancient societies, but every single person would have paid attention to their importance.  The study of symbology draws us back to our ancient origins and helps us make sense of our modern lives and in particular the development of our own psyche.

An alchemist might say that signs appear because the world above is being echoed in the world below, or a shaman would tell you that your outer world is mirroring your inner being.

Downloads from the collective unconscious

Psychologist Carl Jung talked about the collective unconscious which in some ways is like a kind of world wide web where the human psyche blends with the divine. It’s stuffed with symbols from astrology, alchemy, mythology, religions and fairy tales. According to Jung, signs and symbols are effectively downloaded from the collective unconscious into our own psyches, which explains how someone living in Bradford today might dream of a mysterious symbol first drawn in ancient Mesopotamia without ever having seen it in their actual life.

Today we might talk about the collective unconscious as being the whole, the psychic, etheric cloud of all-that-is that we can tune into and that certainly tries its best to tune into us!

Alongside any collective meanings, we also bring our own personal experience to symbols.  For example, in Celtic culture, bulls represent strength, virility and determination – but my mother was a Taurus and I know that whenever I dream of bulls, she’s sending me an important message!

Studying symbols in your own life

So how do you learn more?  You could sign up for courses on subjects such as astrology or shamanism, for example.  You can also become the mystic in your own life by starting on a program of your own studies.  As symbology is such a vast field, you might want to focus on one particular system, such as numerology, Native American animal totems or even the archetypes and archetypal experiences that weave through fairytales.

At the beginning, working out what is a sign or symbol and what isn’t in your own life brings its own challenges.  How often has something happened in your own life that suddenly made you realise you’d totally overlooked really important signs that suddenly became clear with the gift of hindsight?  Or how often have you noticed something and wondered whether it was a sign or just a coincidence?

Sifting experience through your intuition

This is where tuning your intuition pays off.  There’s a kind of psychic signal that accompanies a sign that helps you sift out what is ordinary and what is symbolic from everything that you are bombarded with on a daily basis.  Making that distinction comes with practice.

Keeping a journal provides a fascinating record of your own studies and also the development of your psyche as you can begin to map out the area of personal and collective meaning of symbols and how they appear in your life.  For example, one day a baby jackdaw plopped down my chimney at home.  As soon as we had ferried her safely to an animal rescue shelter, I immediately began exploring the symbolic meanings of the bird and what she might have arrived at that moment in my life to reveal or remind me of.

You might say that life is an ongoing and constant oracle for you. When we are on the right path or in our flow we might notice many more coincidences happen on a daily basis. Look out for the synchronicities in your life and keep a journal to see if the symbols are trying to deliver you a message. Create your own diary of symbolism and synchronicity so it becomes like reading the Tarot, where you learn the meaning of the symbolism within the cards and they also speak to you individually, to help the Universe speak to you more clearly.

A lot of people have noticed the numbers 1.11 or 1111 and some say this is a sign that you are opening to the 2012 shift of consciousness. This is your journey and the more you learn and discover symbolism, the more divine messages will be revealed.

This article first appeared in Soul and Spirit Magazine

Symbologist Avia Venifica’s site is a treasure trove of free resources and information!