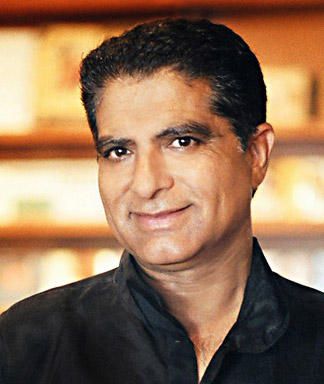 Growing up in a psychic household where my earliest memories included joining in healing circles and playing with the colourful Tarot cards I loved, I was definitely aware that was normal to me was exotic to other people.  A lot has changed in the last 30 years, and much of the growing interest in all things spiritual is down to the work of key people who have led the way in talking about the nature of the universe and the power that we all have within us.
Here are just a few of the spiritual greats – in a nutshell!

His fans call him the “father of motivation” and he is credited as being one of the key people behind the groundswell of the New Age movement.  Dr. Wayne Dyer holds a Doctorate in Educational Counselling from Wayne State University and was an associate professor at St. John’s University in New York.  He has published more than 30 books and recorded numerous inspirational tapes (now CDs!) and still undertakes extensive speaking tours.  Growing up in an orphanage and foster homes, Dr. Dyer lived the truth that we can overcome any obstacle life throws at us.  He began writing and speaking in the personal development field, but over the years he has himself said that his work began to take on a deeply spiritual tone.  An avid fan of the Chinese spiritual classic, the Tao Te Ching, Dr. Dyer recently committed to living the Tao for a year.  At 70 he has earned the position of elder and believes that spiritual growth and fulfilment comes from continually asking the question, ‘how may I serve?’

Following humble beginning as a cocktail waitress and lounge singer, Marianne Williamson started leading small groups exploring  A Course in Miracles, which she calls ‘a self-study programme of spiritual psychotherapy’ in Los Angeles in the early 1980’s.  Her books, including A Return to Love, became international bestsellers.  Today, she is a ‘New Thought Minister’ in her church in Michigan.  Marianne remains perhaps the most famous exponent of  A Course in Miracles’, which tells us that we can ask for and expect miracles, and that a miracle is a ‘shift in perception’ and encourages us to see ourselves as being connected to the one source of love, rather than separate from it.

Following a divorce, a fire that destroyed all his belongings and a car accident that left him with a broken neck, a distraught and despondent Neale Donald Walsch seized a pen and notepad one sleepless night and began a letter to God, raging against his situation.  According to Neale, at the point where he thought he had finished, the pen he was holding seemed to take a life of its own and he saw himself write, ‘Do you really want an answer to all these questions, or are you just venting?’ This began an extraordinary dialogue that has been published in many languages across the world under the title ‘Conversations with God’.  According to his teachings, we are not separate from God.  God is a part of us all and we can each realise our divine potential by understanding how we are the creators of our experience.  Today, Neale has authored further books, continues to tour and teach and has set up Humanity’s Team, a non-profit organisation dedicated to spreading the message that we are all one.

Deepak Chopra began his career as an endocrinologist before embracing Ayurvedic medicine and spearheading medical arm of the mind, body and spirit movement.  In addition to heading a US based treatment centre and retreat that uses Ayurvedic principles, Deepak authors many books on spiritual subjects ranging from quantum healing to the nature of God.  He uses quantum theory to explain how our thoughts affect our health and our reality.

Raised in rural Mexico by his healer mother and Nagual (shaman) grandfather, Don Miguel Ruiz first trained as a surgeon before a near-death experience made him immerse himself once more in traditional healing practices.  His teachings are based on the wisdom of an ancient race, called the Toltecs.  This principles and practices embraced in this system are designed to wake us up to our true power and purpose, as conscious co-creators of our experience.  Author of a number of books, including The Four Agreements, his life’s work of writing, speaking and teaching is designed to bring people to their own power.