Let’s talk Tarot Card basics. Back in the day, Tarot cards conjured up a host of cliches like that of a mysterious woman in long robes, headscarf adorned with gold discs, asking you to cross her palm with silver.

Nowadays you’re more likely to find a Tarot reader wearing anything but that! Thankfully the days of culture scoffing at Tarot are done! One glance at Instagram and Tik Tok shows the empowering popularity of Tarot in glorious, full, diverse swing.

It’s brilliant that Millennials are pushing the popularity of Tarot and embracing Tarot cards, delving into the wonder, magic, and insight the Tarot cards hold. 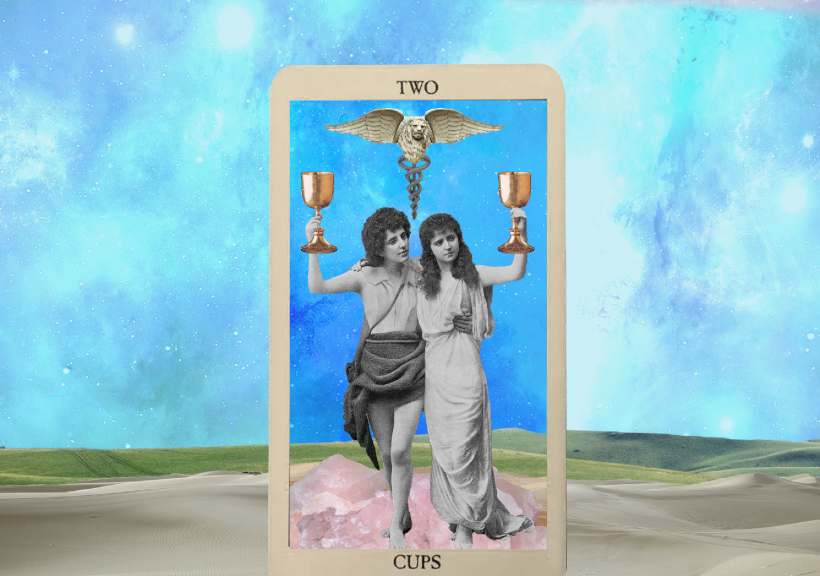 So where did the Tarot Cards come from?

Tarot card readings are thought to be around since at least the 15th Century (probably a lot longer ) Although the origins of the Tarot are steeped in mystery, and lost in the annals of time the main theory is that they originated in Italy.

Nowadays, there are thousands of varieties of Tarot decks but each retains the 72 cards split between the minor Arcana and the 22 major Arcana. Although the illustrations vary, the suits, and elements remain beautifully the same.

Nowadays, the only limit to the look of a deck of Tarot is the author’s imagination with all sorts of creative and magical Tarot decks. I’m a big fan of The Wild Unknown deck which has helped bring Tarot to the next generation. It is a genius reimagining and became viral because it gelled with millennials.

If you’re a Tarot newbie then the deck I would recommend is the Rider-Waite Tarot. The Rider-Waite is the original pictorial deck that was published in 1910 and is the leading cause of the massive popularity of Tarot today.

Every single card has a picture including the minor arcana making it the easiest deck to accurately learn with; in fact I love it so much I am in the midst of designing a Tarot deck using the Rider-Waite as inspiration.

What’s the difference between the minor and major arcana?

Each deck is made up of the minor arcana and the major arcana. Like regular playing cards, the minor arcana of the Tarot deck includes four suits. Each suit has a meaning which relates to a specific approach to life, and each suit has cards numbered from one to 10. They also include cards called “Court Cards” which are the king, queen, knight, and page. These are the characters of the deck, the people we know and aspects of ourselves.

The minor arcana cards represent the practical daily ups and downs of life.

The major arcana are the power cards, they are the pure magic of the Tarot deck. They are picture cards that represent principles, concepts, and ideals as well as major experiences in the journey of our soul and the circle of life.

The Major Arcana are also numbered differently, from 1 to 21, with the 22nd card, named the Fool, marked as zero. The Fool is my all time favourite card and it’s like the dice of the deck.

If you have a live Tarot reading, you will often be asked to shuffle the cards – this is to transfer your fabulous, unique energy into the deck.

Whilst shuffling the Tarot deck you should also be thinking about the type of question or area they want guidance on. Once this has taken place and the deck has been cut, your Tarot reader lays out the cards in a pattern called ‘the Tarot spread‘.

Of course there are a number of different types of spreads and each position of the cards in the Tarot spread has a different meaning. The fun part is that once you are familiar with your own deck of Tarot cards you can even make up your own Tarot spreads.

Some Tarot spreads focus more on a specific type of information such as Love, or career. However they are really useful for deeper questions about our own inner landscape. Helping us to evolve and grow.

A one card tarot reading is a great way to gain insight into the present and to pull to get a sense of the vibe of your day.

Tarot has been around me my whole life. In fact I’ve been inspired by the Tarot cards since I was a young girl, through watching my mother, who was an Italian psychic shuffle her trusty deck and read for all sorts of clients. I grew up with the Tarot as my playthings, my storybook, my inspiration. I can’t imagine life without them.

The Tarot cards are a wonderful tool in our psychic toolbox to connect with the unknown. They don’t tell you what you should do or what is going to happen in your future, but rather the possibilities depending on the path you take. They talk to our soul and point out what can happen if we take a particular course of action.

I do hope you fall in love with the Tarot as I have and that they give you life long pleasure, guidance and empowerment.

If you would like to know more or for your own Tarot card reading, visit me and my team at micheleknight.com or call 0207 111 6090.

Society Work, college or school are on your mind. You may be offered a new opportunity that takes you to the next level but now is a time to play by the rules. You are rewarded if you work hard but it may mean less attention to your love life just for a short while. […]