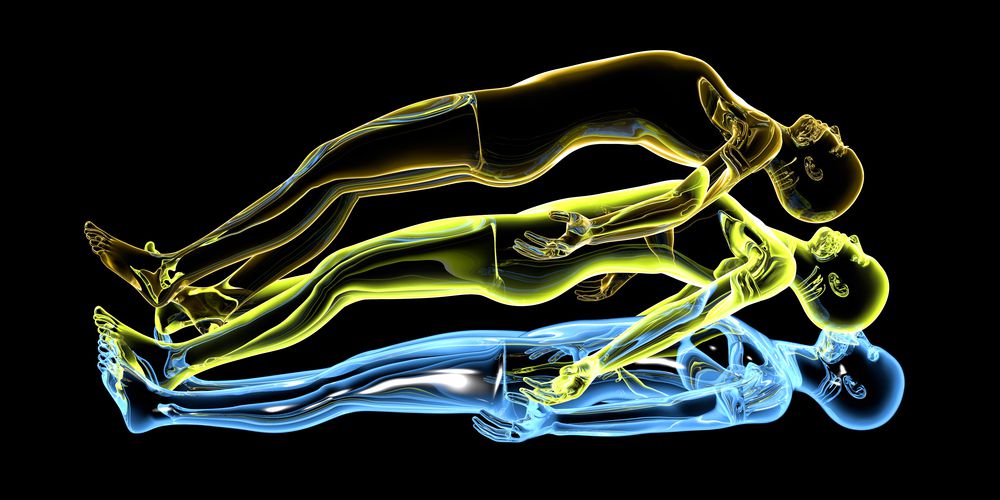 Out of Body Experiences – also known as astral projection, astral travelling and more scientifically ‘extra-corporeal experiences’ (ECE) may be more common that we think according to Canadian scientists who have been studying the brain activity of a woman who claims she can drift outside her own body at will. The woman in question says that during these experiences she can see herself floating and rotating horizontally in the air above her body and can sometimes even watch herself from above. By using a functional magnetic resonance imaging (fMRI) device the researchers were able to identify the areas of the brain involved when these experiences occurred and noted that while the areas in the left-hand side of the brain associated with kinaesthetic imagery were activated, the visual cortex was deactivated. So, is it more about what the feel as opposed to what we actually see? The woman in question – a psychology student has apparently been able to have these experiences at will since she was small leading the researchers to speculate that this ability may be more common than we think but goes unreported as many people assume it is something everyone can do!

However, scientists Blanke and Metzinger in their report state that: ‘During these illusions, the participants do not doubt that the shifted body perception is illusory’ – so they may only explain a certain type of ECE and that is the voluntary ones. But what about the other kinds? In his book Beyond the Quantum, Michael Talbot describes an involuntary ECE from his adolescence where he first became aware of looking at himself sleeping on his bed and then ‘floated’ out down through the house. At one point he was on a collision course with a large picture window but floated through it to hover outside over a neighbours back yard on which there was a book of short stories by Guy de Maupassant. Although Michael had heard of the author he did not know of this particular book and had never seen it before. After this he lost awareness of the event and fell into a deep sleep. The next day he was walking to school when he was joined by a girl he knew who told him she had lost her library book – a collection of stories by Guy de Maupassant. Stunned Michael told her of his experience the night before and they went and checked the neighbour’s lawn. There was the book by Guy de Maupassant – exactly where he had seen it during his ECE ‘excursion’ yet not visible from his house or from the street.

Then of course there are the numerous Near Death ECE’s where people report leaving their bodies and even details of what the surgical team or relatives were saying and doing at the time – despite them being unconscious, under anaesthesia or often clinically dead or very near to it. Unlike the voluntary ECE’s the involuntary kind -whether they just ‘happen’ or are a result of a Near Death Experience appear totally real and the participant certainly does not see them as an illusion. Following his experience as a teenager and subsequent career in Quantum physics, Talbot advanced the theory that our consciousness is not in fact resident within our bodies as we think but in fact linked to universal consciousness. What we think of as ‘us’ may in fact be more akin to a widget that has been uploaded into a human body. ‘We’ are in fact somewhere else on the other end of the link – hence having the ability to look down upon ourselves when the ECE occurs.