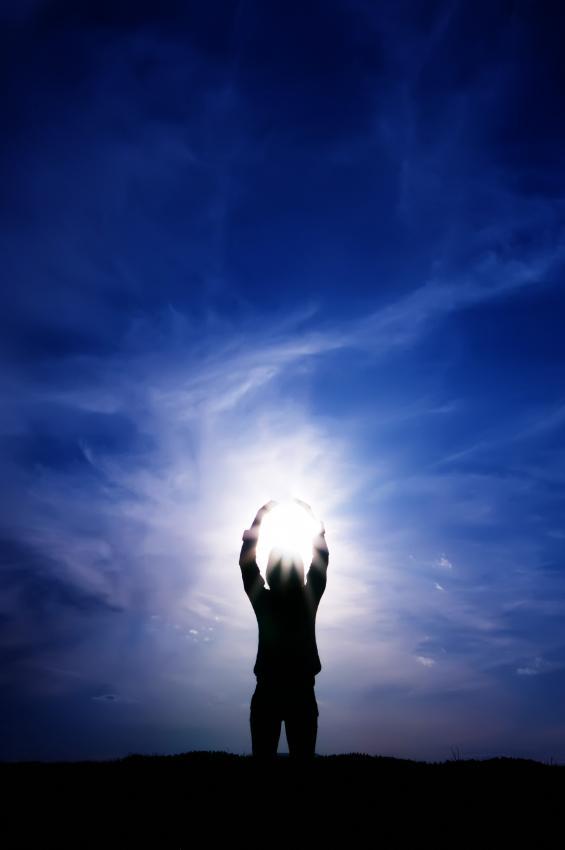 One of the common elements reported by those who have survived Near Death Experiences (NDEs) is the life review – the part where we get to see our entire life as a whole through the eyes of our soul and the often deeper meaning behind every single event.

I think that life reviews are far too important to leave it until we are on the brink of crossing over.  They can reveal so many things to us, but perhaps most powerfully doing a life review pulls us away from dwelling on our fate to understanding our destiny, as the following story highlights.

David Chethlahe Paladin was the son of a Navajo Indian mother and a white missionary father, not an easy heritage to have in 1930s America.  He grew up in a reservation but by the age of 14 was already in the habit of running away in search of adventure with his friend, Joe. Eventually they stowed away on a merchant ship that sailed out across the Pacific and there they met a young German boy called Ted Keck. They sailed as far as Australia, where Ted left as by that time WW2 had already started.

David and Joe carried on with their adventures until Pearl Harbor happened, when they returned to Australia and David told the Americans what he had seen during his travels. David was recruited by the American OSS to work behind enemy lines where he did everything from blowing up airplanes to daring acts of espionage. Eventually caught by the Germans, he was sentenced to death for spying and put on a train bound for the extermination camp, Dachau. There, he met Ted Keck again. Ted was by that time an officer in the German army, who managed to switch David’s name tag and instead David found himself being transported to a work camp.

There, David experienced the very worst and best of humanity. Around him, people died in the most appalling circumstances, yet there were moments when fellow prisoners risked their all to carry out acts of extraordinary kindness that took on the stature of enormous bravery, given where they were and what might have happened if they were caught.
At one point, David’s feet were nailed to a wooden floor. From this he developed gangrene which rapidly spread up his legs. In the infirmary, a German officer visited late at night to cover his legs in maggots and force raw chicken entrails down his throat. David grew to hate him.

Somehow he survived this and many other unspeakable ordeals and actually went on to testify at the Nuremberg War Crime Trials in 1945 and 1946, where one of the officers on trial was the officer who had so badly abused him in the infirmary. David told his story, and then another man spoke and said that the officer whom David hated so much had probably saved his life at great risk to his own. The maggots would have devoured the necrotic tissue created by the gangrene of his wounds and the raw chicken was pushed down his mouth to feed him.

David said, “The impact of these words was shattering. I broke down in tears as I released the years of bitterness I had harboured toward that officer. I made a silent oath to myself never again to hate or condemn another person.”
After the war David returned to the United States. Still in a bad way, he resolved to visit the reservation at which he had grown up to say goodbye to his friends and family before returning to live out a life of seclusion in the VA hospital where medical staff had done everything they could to return him to health.

But his tribe refused to give up on him, or to allow him to give up on himself. With a rope tied around his waist, he was submerged in a tank of water where he prayed for days in a healing ceremony which some have talked about as being designed to help him call his spirit back to his shattered body.

He went on to train as a shaman with the Huichols and Tarahumaras of Mexico, the Northwest Coastal Indians and the Pueblo Indians, and the Australian Aboriginals. He worked as a radio announcer for a classical music station, midwife, volunteer police chaplain, and prison chaplain at Los Lunas Medium Security Correctional Facility, spending the last part of his life to painting the most extraordinary pictures and in community service.

David passed in 1984, but we can look back and see how every deeply sad, tragic and what we might think of as appalling detail of his life actually pushed him forward to a destiny that at any moment he could have chosen to reject.  It’s also important to see that even though that’s so clearly the case, he didn’t know at the time when appalling things were happening that he was at a crossroads, with destiny beckoning from one side and despair on the other.
David’s life is a perfect template for the making of a Shaman or what anthropologist Joseph Campbell called the Hero’s Journey – the trials that help us to grow into the magnificence of our souls.

So how can you follow this lead into taking a far deeper understanding of your own destiny?  This is an exercise that takes as long as it takes, so put aside plenty of time to do it and have your journal and a pen to hand for your reflections afterwards.  This is powerful stuff, and only you can decide whether it’s something you can tackle alone or whether it’s something you might want to work through with a suitably qualified and well-referred hypnotherapist in your area.

1/Set your intention.  You are going to travel through your own past and examine – not experience  – all the events that have happened to you that still need to be fully understood so that you can move on and embrace your destiny.

2/Focus your attention.  Get comfortable in a place you won’t be disturbed, close your eyes and begin to follow your own breath until the world on the outside retreats and you are far more focussed on your inner landscape.  In your mind’s eye, conjure up a long road.  This is your life.  One way, it stretches right back to the beginning and the other it goes into the future.  Where you are on it is the present moment.

3/Having set your intention to be given a chance to review those life events that might be holding you back, allow yourself to lift high above the road itself.  This is really important, because what you want to do is take a higher view or understanding of whatever has happened, not relive it.  You’ve already done that, so there’s little value in repeating that experience!  From that great height, allow yourself to drift back and hover over the experiences that you still have some forgiving to do or some learning to get from.  Forgive from your heart and notice as much as you can about what you learn when you do. Remember that we often forgive at the point we understand but David’s story shows us that it’s only when we have forgiven and let go that the understanding comes and the bigger picture unfolds.

4/You may come across only one huge, major experience or there can be hundreds of tiny little events that seemed like nothing at the time but that actually propelled you on your way.  They can be as small as a missed bus that forced you to walk to wherever you wanted to go and set off a whole chain of events, or as big as moving house or switching careers.  Your job is to notice when you’ve arrived at a crossroads, forgive where necessary, let go and take note of how it contributed to your destiny.

5/When you have learned everything that you need to know from the past, you can journey back to the present.  That might be enough work for you, in which case you can bring your attention back to the here and now, where you are sitting, stand and stretch and then start writing everything that you’ve learned in your journal.  Alternatively, if you feel it’s the right thing to do, you can actually go forward on your psychic road and see where the choices that you have made at the crossroads you have faced are taking you and begin to get a sense of what your destiny is.

6/If you choose to go forward, what you should be looking at is the journey of your soul.  Take care not to get caught up with the mind urging you to ask what this means in terms of your career or when you might meet someone with whom you’re going to have a romantic relationship as you might sidetrack your attention away from the really important stuff.  In a nutshell, if you come back thinking, I need to develop more compassion for myself and everyone around me and find ways to express that through my job as an accountant and sort out that stuff with my neighbour that drives me up the wall, that’s evolution at a soul level.  And when we evolve at a soul level, the next part of our fate unfolds all by itself and we move closer towards our destiny.