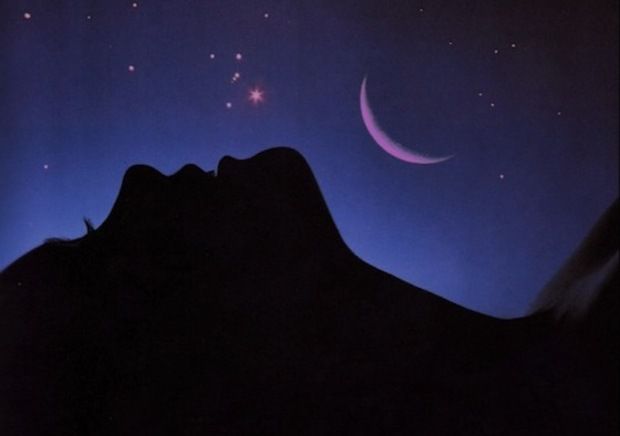 The dream: I have been trying to learn the Tarot for a while now but was finding it difficult with the Rider Waite.  However, got a Gilded Tarot book and deck and feel
I’m getting somewhere now.

Last night in my dream it seemed dark, maybe night time?  I was in a large two or three storey open-sided structure made out of rough stones and rocks and I was in a panic as I couldn’t find my car.  It was strange because, although I was looking for my car, I felt as if I was in another country, a very long time ago.  There were lots of people around but they were all dressed in long rough looking material robes and some had headdresses like Arabs.  At one point I looked down and an Arab looking young man, dressed in modern clothes, was taking a rifle out of a long wooden box and I felt frightened as I thought he may be going to shoot people.  I climbed up a bit further and turned round to see two figures emerging from a large rock face with stones and rocks falling round them.  The figures were human, one was short and fat with a brown face and bald head, and the other was very, very tall, with sandals and some sort of metal skirt at the front and back and had the head of an animal with long ears and a long snout-like head.  I heard the word “Thoth” in my head just as I was waking up.  I can still see the dream now.  I have googled Thoth as the dream was so real and have some information but wonder if there is any reason I should have this dream now and what it means for me.

Adam says: In general, cars in dreams are associated with our direction in life and the loss of your car suggests that you are experiencing a sense of needing to feel more clear about your direction.

The experience of the Arab country suggests two possibilities.  First, it may be a little
bit of a past life memory coming through. I would suspect that in a past life you may well have had an incarnation in an Arabic world.  This may not have been too  long ago – perhaps around the late 19th and early 20th century and the gradual partitioning of the region. Alternatively, it could be an inherited memory.  Memories can be passed down through generations, just like hair colour, so if you can it might be interesting to check out whether any of your grandparents or parents saw service in the Middle East as part of National Service.

The linking of the loss of your car with this connection to an Arab country and a mystical experience might indicate that you are having a few difficulties in knowing what direction you are going in and what it is you want to develop.  The fact that the dream has come out while you are trying to learn the Tarot and the mystical experience with the elements of Thoth in your dream would tell me that your interests are learning towards Egyptian religion and esoteric practices, so it would be worth you doing a bit more research to see if this path interests you and is one you’d like to follow further.

On a more mundane level, this dream also suggests that it might be worth evaluating whether your career is taking you in the direction that you want to go. Perhaps deep down you would like to re-align your career with something that you feel is a bit more spiritually in tune with you.

So in summary, to make the most this dream, it would be well worth spending some time during your waking hours evaluating your career direction and also the path that your esoteric studies are taking you in.

Michele adds – When I read this I was very struck by your mention of a very tall figure in sandals and a kind of metal skirt with the head of a long eared, snout headed animal.  That  sounds like a description of the Egyptian God Anubis.  Anubis is the God of the Egyptian underworld, known as ‘he who is set upon his mountain’.  When people cross over, Anubis weighs their hearts.  Given the overall context of the dream, I would add that it’s also worth asking yourself whether you feel you are being true to you and how your spiritual studies can help you become more true to yourself and in alignment with your heart.  Also, did you know that there is a fantastic Tarot deck called the Thoth deck?  It might be worth checking that out!

If you’d like your dream analysed, send a description of it to [email protected] and remember to put the word ‘dream’ in the title
of your email.