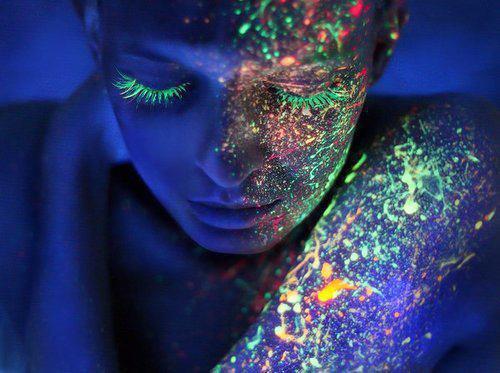 I often get asked what the difference is between a medium and a channel – so often in fact that I thought it warranted an article to clear up any confusion.

Simply –  Traditionally a psychic medium is a person who can contact or connect with souls that have ‘passed over’ and are presently between incarnations. A channel however is someone who can connect with a ‘non physical’ entity – a being who exists on a different vibrational level to us but which is alive. In recent times we’ve seen several people who have hit the headlines as channels. The most well-known are of course the Hicks who channel The Abrahams, Wendy Kennedy who channels the Pleiadian Collective – a group of 2,500 highly evolved beings, JZ Knight and Ramtha and Lee Carroll channel of Kryon.

So, is channelling for real? I think we can all channel through linking into our Universal consciousness, writers often say when they begin to write a novel “it writes itself”. You could argue that some people who are light years ahead of their time, like Leonardo Da vinci, are in fact great channellers.

Unlike many other metaphysical areas, channelling has been the subject of extensive research. Dr. John Klimo, Professor or Clinical Psychology at San Francisco Bay University is one of the world’s foremost researchers into the channelling phenomenon and has published several books on the subject and on the afterlife, including Channelling: Investigations on Receiving Information from Paranormal Sources. He argues that his research supports the theory that channelling is real.

Like anything don’t believe what you hear unless is resonates with you! When it comes to things like chanelling Unicorn wisdom I have to say I personally don’t buy it, there seems to be a lot of far out stuff claimed to be channelled. It is very important to be open but keep your feet on the ground!

Whether we believe that these entities are real or not, there is no doubt that their messages to us can be universally uplifting. The entity Bashar speaking through channel Darryl Anka tells us: “Whatever vibration you give off, whatever frequency you create or generate, determines, utterly and absolutely, whatever experience is reflected back to you from your reality.” Bashar tells us that by getting in touch with our beliefs, we can potentially change, individually and together, the reality we are experiencing. In a process of gradual ascension, we are undergoing a change in our frequency, our consciousness, our potential and our planet.

Kryon has given us a hint of what may await us in terms of breakthroughs in science and human potential. “I am the first to give you messages regarding the magnetic grid of the planet being that which communicates in an interdimensional way with your DNA.” He tells us: “this is the only planet of free choice…the only one in the universe at the moment to have pieces of God disguised as humans living upon its surface…You come in [to this lifetime] already to a difficult playing field where the energy is not commensurate with your divinity. And that, my friend, has caused the wars, the frustration, the lack of integrity, the dishonesty.”

It may be that as we as a collective are becoming more enlightened, the barrier between our dimension and the dimensions these ‘entities’ exist in is becoming thinner allowing us to receive their wisdom. It can do no harm for us to listen. In the words of Kryon: ‘Greetings – you are all dearly loved.’

Use channelling for inspiration and to connect with your creativity. All cultures have had prophets and people who bring through them wisdom. i think we all have the potential to tune into some Universal wisdom and enlightenment. However never get lost in handing over your power to any external source or ‘voice’. We are all part of the whole but we are also here to create our reality.