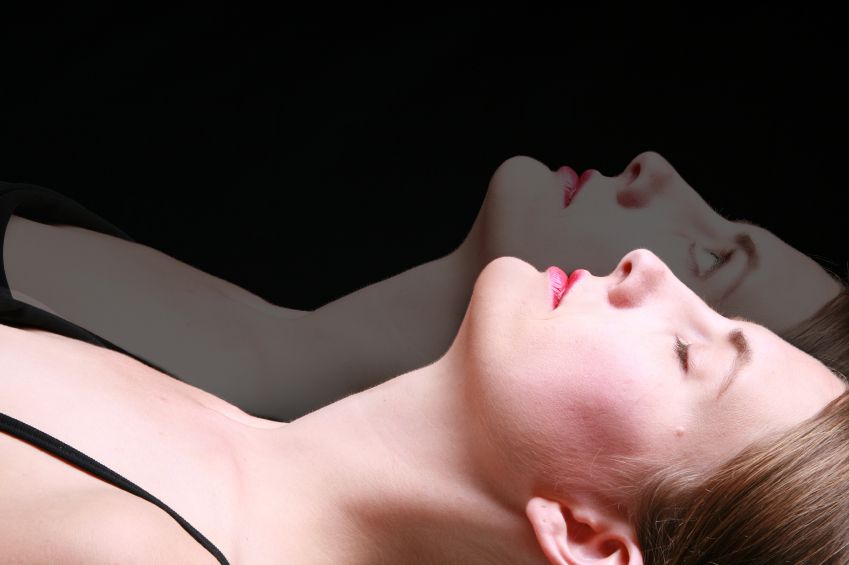 My Italian mother was a famous psychic in her day.  When I was a child she used to talk to me about astral projection and would tell me in the morning where she’d travelled to in the night. She often missed her relatives, so she would tell me that she’d travelled to see her sister but then complain to me that her house was very messy this week! As you can imagine, that started my fascination with the subject.
During astral projection your soul or higher consciousness leaves your physical body and is free to journey anywhere on the astral plane to the past, present or even the future.   It’s like  an Out Of Body Experience, but these tend to take people by surprise. In contrast, astral projection is something that you can do consciously and with much more control.

As with many other psychic skills, astral projection takes some mastering. Don’t try it under the influence of alcohol or drugs.  Find somewhere safe and quiet where you won’t be disturbed and either sit or lie down comfortably.  Close your eyes.  Pay attention to any sounds you hear around you.  This is just to focus your attention before you then direct it inside.  Follow your breath in and sigh it out.  Feel yourself sinking down through your centre.

As you become more practiced you will notice that all of your concentration leaves what’s going on in the outside world and settles inside.  At this point, set your intention for your soul or consciousness to leave your body.  It might take a long time, but if you persevere, you’ll suddenly notice that you seem to be hovering outside of your own physical form.  You might see a silvery/gold chord running between that you floating outside and your body.  This links the two, so don’t cut it or let it get broken!

At first you might find yourself ‘back in’ with a bump after only a few seconds, but keep at it.  As you get more practiced, you’ll be able to move further away from your body with complete ease.  Now you’re free to travel.

You can travel at the speed of light or enjoy soaring through the air like a bird.  You can also slip easily through walls, buildings or anything solid – though you won’t actually be able to move anything as your soul or higher consciousness vibrates with a different energy to anything in the physical world.  Have fun experimenting with what you can do.  You’ve stepped into a limitless realm of existence and what happens there is just as much about overcoming the limits of your beliefs as anything else. No going where you know you shouldn’t, however, or peeking where it’s not right for you to look!

When you want to finish, just set your intention to return to your body and slip back inside.  Allow your focus to return to what is going on in the outside world.  Wiggle your fingers and toes to ground yourself.  Then open your eyes and stretch slowly, giving yourself all the time you need to get used to being back in your physical form.

When you feel more confident, get a friend to leave something on a table at their house without telling you what it is. Pay them a live an astral projection visit and report back on what you saw.  If you have friends who are also into astral projection, it’s possible to set an intention to meet up on the astral plane and roam around together.

You can use astral projection to journey into a future that you want to create for yourself. Taking this trip will allow you to look back to where your life is in the present and see how you got to that future you want to create.  You can also experience what it will be like in a virtual sense, which might make you want to tweak your personal goals and intentions when you return!

Astral projection can be fun, but used to its fullest potential, you can use it as yet another creative tool in your own personal box of magic.

Astral Projection in a nutshell

The idea that the soul or higher consciousness can leave the body is found across most cultures.
Paintings from Ancient Egyptian tombs show people sleeping with their souls hovering above them.
Plato, the philosopher from Ancient Greece, believed that our souls can leave our body during our lifetime.
The indigenous people around Greenland believed that we had two souls: one that would leave our bodies during sleep and return before we woke up.  They believed that this soul dissolved at death and it was a second soul that went on into the afterlife.
Tibetans believe that at death we leave our body behind and move into a different realm called a ‘bardo’.  They also believe that this ‘bardo body’ can leave the physical body during our lifetime.

Note: Astral projection should not be tried if you are undergoing and physical or psychological problems. It’s important to only do this if you feel grounded and well in yourself.