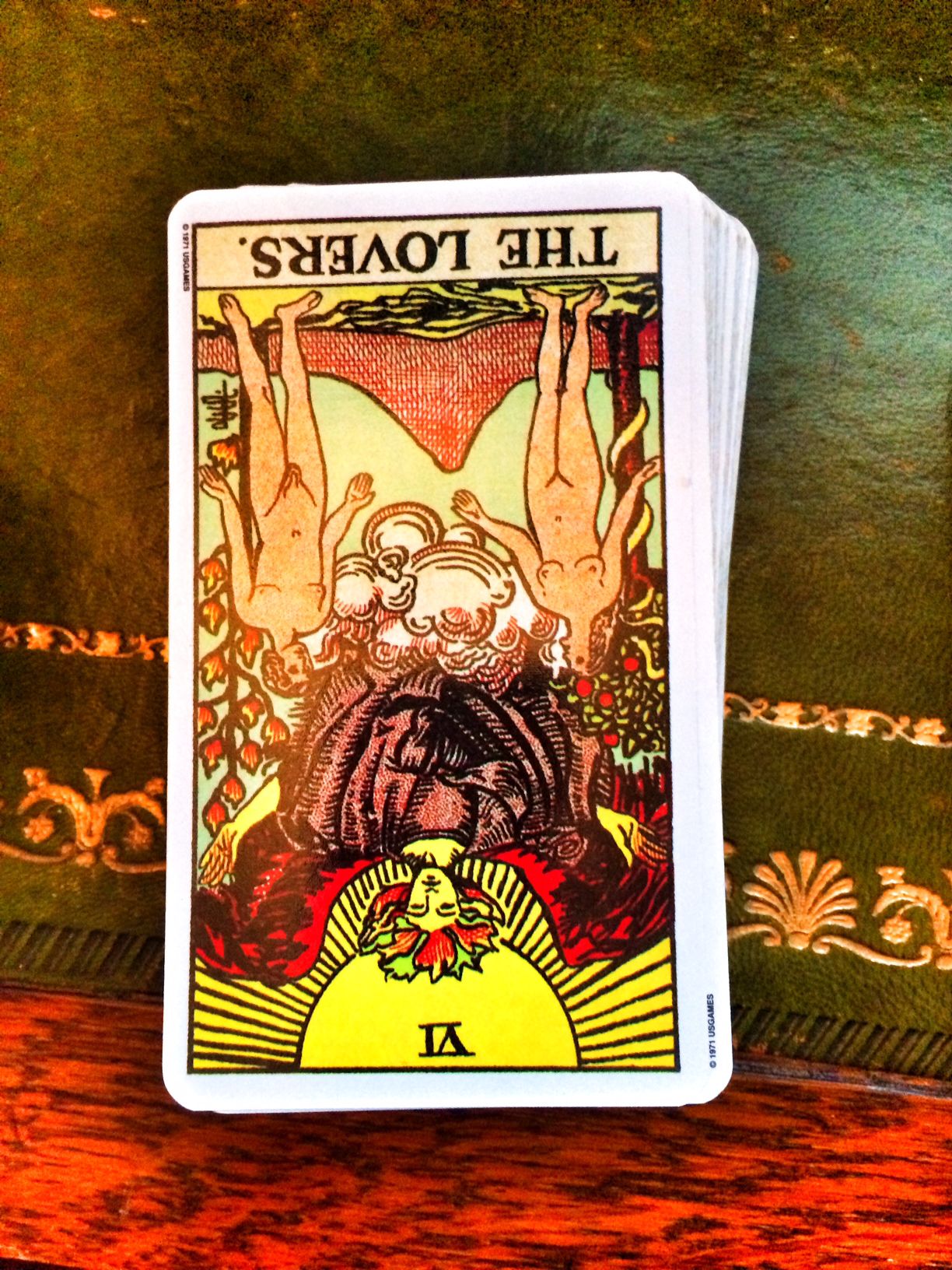 Even experienced Tarot readers can approach reversed cards with trepidation and when you are just starting on your Tarot journey the appearance of a reversed card is enough to fill most people with dread! If your Tarot deck came with a book on how to interpret the cards – reversed or otherwise, or if you have also read a few books on the Tarot it soon becomes clear that there are as many different approaches and interpretations of reversed cards as there are books and Tarot decks out there. So, what is the best way to deal with reversed cards when they show up?

I can only share with you the philosophy I’ve developed for reversed cards over the years and which also stems from my astrological knowledge. In astrology in the past some planets have been termed ‘benefic’ – in other words seen to deliver good things – these being Venus and Jupiter – while others were labelled ‘malefic’ and associated with challenges, conflicts and even disasters such as Mars and Saturn. As our understanding of the universe and the planetary energies has expanded however, we have come to understand that each planet no matter what we have associated it with in the past, contains both positive and negative energy and how we experience this energy is not in how it manifests but in our reaction to it. For example, Venus is the planet of love and a good Venus transit in our chart can bring through a romance. However, there is no guarantee the romance will last or that we won’t end up heartbroken at the end of it. Saturn has been seen in the past to bring restrictions and endings but he can also bestow rewards, fame and accolades for hard work. So, we can see how labelling planets ‘good’ or ‘bad’ is actually not only inaccurate but also doesn’t allow us to access that planets potential for us. And it’s the same with the Tarot.

If you’re familiar with most of the cards in a Tarot deck you will know by now the cards that can indicate soul challenges – Death, the Tower, the 3 of Swords, the 9 of Swords, the 10 of Swords being the most familiar. Then there’s the cards we tend to associate with very positive things happening for us – the Empress, the Lovers, the Ace of Cups, the 9 of Cups, the Ace of Pentacles. Yet like the planetary example I gave you earlier, all these cards no matter their classic interpretations, contain both positive and negative energy. The Death card can indicate an ending but it also promises a rebirth. The heartbreak and grief we associate with the 3 of Swords can also be liked to lancing a boil and letting out infection – yes, this is going to hurt if the boil was not treated the infection would poison our entire lives. By experiencing this pain we can now begin to truly heal – a positive thing. While the card of the Empress usually does bring with it pleasure as it is associated with Venus it can also bring with it indolence and over-indulgence which would be its reversal.

So, how do we read reversed cards? Well, I don’t believe we do in a literal sense. As each card contains a balance of energies we look to the position of the card whether upright or reversed in the reading and also to the cards that surround it. This doesn’t mean to say that we (if we are reading for ourselves) or the person we are reading for isn’t experiencing challenges on a soul level right now – it just means we look closely at how the energy is playing itself out. Just like too many trines or sextiles in an astrology chart can rob someone of the impetus needed to fulfil their potential, we can say that despite the fact the reading is filled with upright or ‘positive’ cards doesn’t necessarily mean everything will go our way or that we don’t need to make an effort to manifest a positive outcome.

See each card as an energy portal – for positive and occasionally more challenging energy and read the energy – not whether the card is upright or not! And above all, remember none of us can avoid challenges and we wouldn’t grow on a soul level if we did.