One of the exercises that both Caroline Reynolds and I used to do in the workshops we individually ran was an interview based game she nicknamed ‘Oprah’ in which we would interview participants or participants would interview each other chat show style. People being interviewed were asked about a dream they held but talked about it as though it had already come true.

Caroline felt that it was really important to encourage and nurture positive self talk and loved going about it this way. I would add a few other things that make this exercise really worthwhile doing.

To begin with, you use the same neural pathways in your brain to process stuff about the past, present and future and also what is real and what is imaginary. In other words, as far as your brain is concerned, there is no difference between something that you imagine and something that really happens. Imagining a future success that you’re working towards as though it’s already happened gives you an enormous psychological boost and is actually a technique favoured in sports psychology, where athletes are encouraged to visualise themselves performing at their peak as a way of maximising their ability to deliver when the time comes for them to actually get out on the field or track.

So in talking as if something good has already happened, you’re giving yourself a boost which actually helps you find creative solutions to the details that you might not have cracked yet.

There’s also another dimension to an exercise like this, and the clue to it is found in the famous ‘Brown eyes, Blue Eyes’ experiment which I’ve written about on here. This began with one teacher in America dividing her class according to their eye colour and first insisting that those with blue eyes were superior, and then switching the top position to those with brown eyes so that she could deliver an unforgettable experiential lesson in racism. A wealth of amazing findings spilled out from that first experiment, not least that the academic performance of the children taking part actually fell when they were in the group that they were told was inferior.

In other words, to varying degrees of extent, what we are able to do can be affected by how others see us. Everyone is different and we’d all like to think that we are totally independent of the views of others, but again the idea that labels stick and have an effect is something that social psychologists recognise and also is akin to ‘bone pointing’ in indigenous cultures, where the words from a Shaman becomes a judgement that turns into a prophesy. All in all, creating a high gloss, high status situation like a chat show where you are being treated as though you are brilliant will actually help you unlock your brilliance.

So here’s how to use this exercise to unlock yours.

1/Find at least one friend you can do it with. Actually, it’s a really fun thing to do, so you could make it something a group of you could do on a night in with a hugely positive twist.

2/Try and make the setting as real as possible, with a couple of comfy chairs to sit in and a nice backdrop.

3/Make sure you look your best. Giving yourself a good pamper beforehand so that you look and feel your best is part and parcel of treating yourself as something precious and important and actually makes a big difference to the experience!

4/Take it in turns to be in the interviewees chair. If you are being interviewed, decide how you’re going to sum up your dream in one line, whether it’s opening your own restaurant or becoming a professional portrait painter or cake decorator. If you are the interviewer, be enthusiastic – give lots of praise and positive feedback and ask questions that encourage the flow of talk. If you see your subject dry up, move on and then take them back later. If you’re in the ‘audience’, you can do your bit by giving loads of support and applause at all the right moments!

5/If you can, film or record the whole thing or at least have your journals handy so that you can quickly write down anything that sprang to mind during your interview that hadn’t occurred to you previously. You want to hang on to those gems of wisdom!

PS I do this technique in my cosmic ordering video which you can buy.

Shaman of old would weave together many elements in the creation of magic.  As a 21st Century Shaman, I believe that we can do the same!  Blending astrology and Cosmic Ordering creates a particularly potent mix. Cosmic Ordering is based on the principle of Ask, Believe and Receive.  Astrology looks at the influence of planets […] 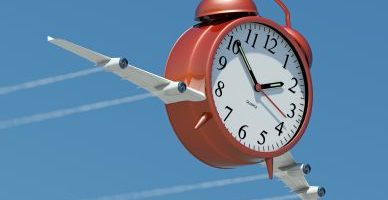 For all you know, the Universe could be working frantically backstage, pulling off amazing strings of synchronicities to bring you what you want.

Out of control Even if you want change it can be daunting to feel that things are going forward and are at a faster pace than we would like. Rushes of energy that make events appear to have a life of their own. This can be positive, but things are happening very quickly. Flow with […]