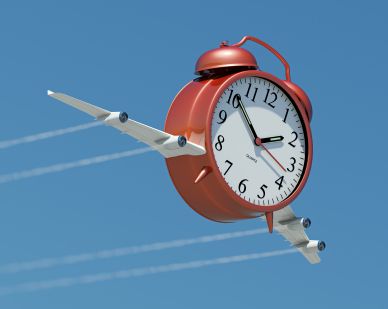 If you want to place a Cosmic Order, all you need to do is Ask, Believe and then Receive. That’s it in a nutshell, but there are a few more details about each step that are worth delving into.

I’ve talked before about the importance of trust and looking at how you play the waiting game to reveal any beliefs that you hold that could delaying the process. But here I wanted to say more about what has to happen behind the cosmic scenes for your orders to come through.
Have you ever thought about how life looks from the perspective of the universe? If you could look beyond everyday life right into the quantum Universe, you’d see so clearly how everything is connected in a universal dance on a scale that is totally breathtaking. When you send a Cosmic Order into that quantum mix, a whole chain of reaction has to happen for it to come your way.

Let’s say that you order a partner. The universe scans the six billion or so souls who are on the planet right now and starts a sifting process to find someone who is a good match with you. Out of that six billion souls, there are bound to be a few hundred thousand possible contenders (so if you’re thinking in terms of ‘the one’, you could be pushing away thousands of fabulous and amazing potential partners). Then the universe starts seriously narrowing them down. Out goes anyone already attached, or who isn’t looking for a committed relationship (unless you have made it clear you just want to have fun). That is still bound to leave a few thousand very hot candidates. But at the point you placed your order, they might be caught up in their own patterns.

When I was very young, I knew that I would end up with someone with dark curly hair and blue eyes. Some twenty years ago, when I had an office in Covent Garden, my attention fell on a stunning woman who matched that description as she walked into a cafe where I was sitting in. Our eyes locked for a second, and I managed to say something about what a fabulous energy she had just before she was swept away by the group of friends she was with. Years later, I ran into her at a friend’s party down in Cornwall. Today, that woman is my wife. She had things to do along the way, and so did I, and, as I said at our wedding, every single day was worth the wait.

Now, although I’m not saying you have to wait 20 years, it’s worth bearing in mind that the quantum soup is always on the move and it is inevitable that a few things have to fall into place before your order can arrive. If you’ve ordered a partner and wondering where they are, right now they could be on the other side of the world, going about their daily business, wondering too if they are ever going to meet the right love, totally unaware that they are about to get a work posting to your side of the planet that brings you two together.

If you’re still not sure, a friend of mine landed a dream job and fulfilled a long held ambition when she spontaneously wrote to an organisation on the other side of the world where she wanted to work, asking if they had any vacancies. The man who ran the place responded immediately, saying, “I was saying that we really needed someone with the skills you have only last night”!

At the point where you start to get impatient about exactly when your order is going to show up, stop and think about all of vast web that connects us all to everything that there is. For all you know, the Universe could be working frantically backstage, pulling off amazing strings of synchronicities to bring you what you want, just as you’re thinking that nothing seems to be happening.

So again, when you place your Cosmic Order, know that it’s on its way. And trust that the Universe is handling the logistics!

Shaman of old would weave together many elements in the creation of magic.  As a 21st Century Shaman, I believe that we can do the same!  Blending astrology and Cosmic Ordering creates a particularly potent mix. Cosmic Ordering is based on the principle of Ask, Believe and Receive.  Astrology looks at the influence of planets […]

Can you really be so sure that life has nothing amazing up its sleeve for you?