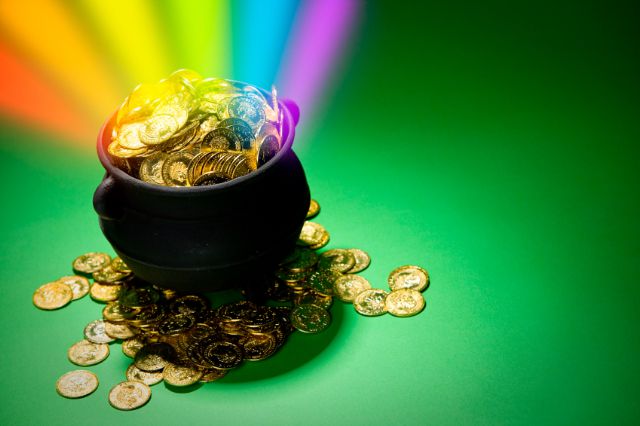 Cosmic Ordering works on the principle of Ask, Believe and Receive and the Law of Attraction invites us to understand the quantum nature of the universe and tells us that we need to vibrate at the same frequency as whatever it is we want to draw in and hold.

When people start working with Cosmic Ordering or the Law of Attraction around abundance, they usually start by asking for cash in figures.  That works, but we want to give the universe as many ways as possible to truly give us our heart’s desires.

It’s easy to fall into the trap of thinking that the key to abundance is cash, but it’s not!  On paper, money turns into nothing more than a series of zeros in your bank account with no intrinsic value until you start to do things with it.  Money is just an energy.  Having money gives you the ability to buy stuff, but that is one small aspect of abundance.

It’s much better to begin by getting clear on what you want the money for.  What would you do with that money if it arrived this afternoon?  Take a holiday?  Live in a beautiful home?  Take a course of study? Buy several amazing outfits?  If you had all of those things, would they give you the feeling of abundance you’re looking for?

When you think about it like that you can see that if you ask for money, you’re actually asking for a step away from what you really want!

You may already know the story of when I really wanted a holiday in Tobago – around the time when I was a penniless student!  I could have focused on getting a windfall to pay my passage, but instead I kept thinking of that gorgeous island and how wonderful it would be to see its vibrant colours, inhale the scented air and relax on its wonderful beaches.   And then a good friend contacted me to say she’d won a holiday for two to Egypt and would I like to go? I said yes, but if that wasn’t gobsmacking enough, the destination was then switched – to Tobago!

Along the same lines, another friend of mine was longing to visit the American island of Nantucket and also wanted the time in which to write a novel.  To save you working out the cost of a writer’s sabbatical on one of the most expensive islands in the world, I’ll jump straight to the bit about her being offered the post of night manager in a small, luxury inn on the island.  She was given free accommodation in an on- site apartment for three months in return for just being around for late night check ins and in case of any emergency, which gave her all the time she needed to finish her book!

There’s nothing wrong in asking for money – I’ve seen that arrive too in spectacular ways – but we can do that as a kind of knee-jerk response to what we think will fulfil our needs.  Cosmic Ordering and the Law of Attraction both work best when we expand the limits of our thinking.  If we start from the position of wanting abundance in our lives, there are a million ways we can experience it that are far more interesting than cash alone!
There are other key starting points to living the life of your dreams using Cosmic Ordering or the Law of Attraction – but more about those next time!  For now, I’d love to hear your stories of the creative manifestations of abundance in your life.