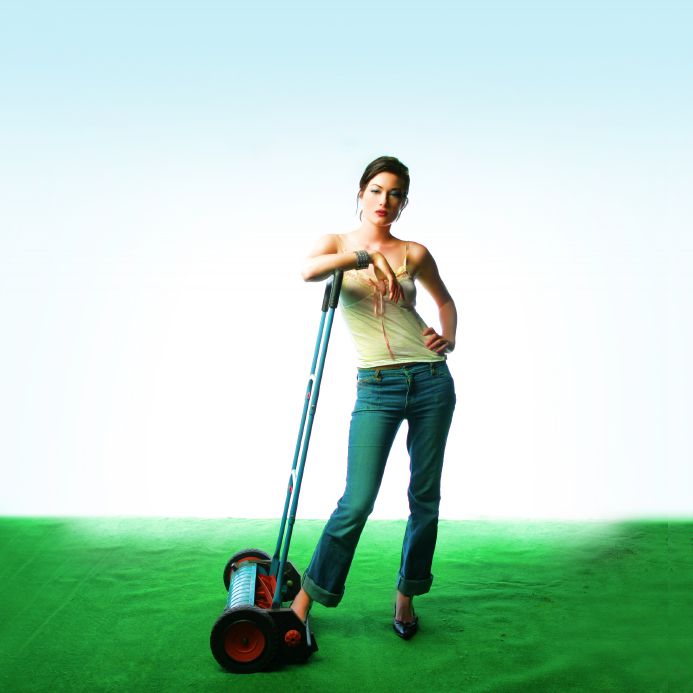 The first time I heard this joke many years ago I laughed a lot and it still makes me chuckle. It’s one of a few jokes that hopefully will make you laugh too, but also contains a powerful spiritual message.

One day, Tom looks out of his window and sees that his grass really needs cutting but his lawn mower is off at the repair shop.  He immediately thinks, “I’ll go round and ask Peter next door if I can borrow his.”

Almost as soon as that idea pops into his mind, he hesitates.  “Hang on,” he thinks.  “The last time I saw Peter in the newsagent’s he gave me a funny look.  I wonder what on earth has got into him?  Have I done anything to upset him?  I can’t think of anything.  In fact, I lent him my rake only last month and we had them over for drinks at Christmas.  And now he’s gone funny on me.  I bet he wouldn’t lend me his lawnmower if I asked.  Imagine that!  I’ve helped him out when I could and he won’t even lend me a measly lawn mower for a couple of hours!  It’s disgraceful.  People like him need to be told how to behave.  In fact, that’s what I’m going to do right now.  I’m going to go round there and put him straight!”

Fuming, Tom storms out of his house, down his path, up his neighbours path and pounds on the door.  Alarmed by the sense of urgency behind the banging, Peter comes to the door and opens it.

“Hullo Tom,”  he says in surprise.  “Everything okay?”

In my mind, the humour of this joke comes from being able to relate to the amount of times we have also decided that we’re going to get no for an answer before we’ve even asked the question!

Deciding that we’re going to get turned down or turned away or hit a roadblock before we’ve even started on a journey puts limits where they may not actually exist beyond our own mind and the assumptions we make.  But often we do it because actually, deep down, we’re scared of rejection.  This is one of the most powerful fears that can set up self fulfilling prophecies that feed in to our view of the world.  We convince ourselves that we’re going to be knocked back, so we don’t ask, so we don’t give people or the universe the chance to meet us half way or even step forward and help us out, which means that we can convince ourselves that we have to muscle through life alone and even miss out on opportunities along the way. Sometimes this is a pattern from the past where we have been hurt by relocation and then keep expecting it. The key to breaking the pattern is to never make assumptions but to keep an open mind and to understand that in many ways what we expect gets created.

By not asking, we can feel that we’re not setting ourselves up to risk rejection, but actually, we’re risking depriving ourselves of experience how much we are connected, even though we are unique within that connection, and how much people may care or want to help us. If we are rejected and someone does say no, it’s also good to remember never to take it personally and to avoid letting a no dent our self worth.  Sometimes others say no for their own reasons that are nothing to do with us.

And it’s not just about asking for help.  We see jobs we don’t apply for, even though we’ve got all of the qualifications and experience they are looking for, because we ‘know’ they won’t want us. We don’t go along to an evening class to learn something new because we can’t already do whatever it is we want to learn and deep down we are afraid of looking silly.  We see someone we’d like to be friends with, but hang back from suggesting going out for a coffee because we tell ourselves they’ve already got loads of friends and think we’re pushy.

Think about how often have you said to someone who let you in on something they wanted to ask you but didn’t, “But you should have said!”  We all want to be in the middle of the give and take and often get just as much pleasure out of saying yes as we do hearing yes.  It’s one of the everyday ways that we get to experience our connection to the whole. The moral of this story? never make assumptions.

The next time you find yourself hesitating about asking something, stop and wonder whether you can be so sure that you’re going to hear a no.   Opening our hearts and asking without expectation puts us in the flow of life and is a huge part of allowing us to enjoy the abundance that surrounds us.