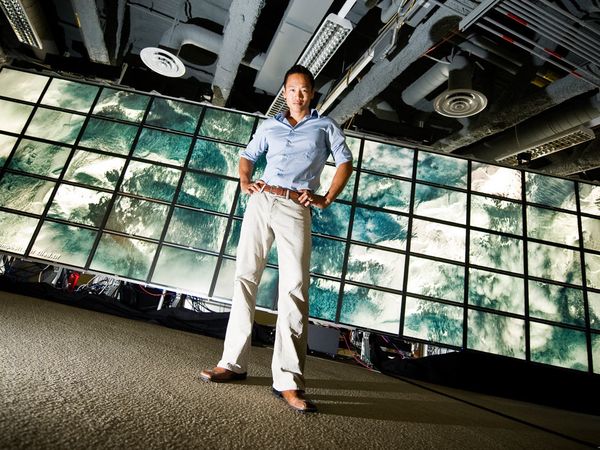 Soul Evolution: Can Networked Minds Save the Earth?

Now, revolutionary explorer and scientist Dr. Albert Yu-Min Lin is conducting experiments into global networked minds he believes can literally work together to save the Earth. He believes that technology and innovation will lead to more connectivity; which in turn results in us all becoming better stewards of our planet.

In one experiment, Dr. Lin asked volunteers comprised of ordinary members of the public, to looks at millions of bits of high resolution satellite images online of a remote region he was exploring. He asked them to tell him if they saw anything weird of different in the images. They would then tell him where to go. He and his team who were in Mongolia, would literally jump on horseback and go check it out.

However, now Lin is utilising a entire range of hi-tech tools; which means he can explore almost any region on Earth without disturbing so much as a blade of grass; thanks to 3D image mapping, thermal imaging and a range of tiny remote wireless sensors which can be sent in to explore regions where humans cannot go.

“These new approaches could benefit all kinds of projects, from gaining a whole new view of regions like Mongolia to tracking animal migrations to mapping the brain,” notes Lin.

The amount of data Lin can collect is massive and this is where something called the Star Cave comes in. All the data is uploaded and turned into 3D imaging; which lets scientists and historians navigate, fly, and manipulate their way through landscapes. Virtual explorers zoom over mountains, down slopes—and yes, Lin admits, “it’s really fun.” (The sensation proved so potentially dizzying, handrails had to be installed.)

This technology also allows him to travel back in time.

“If a mountain is described in an old text, I can go into the room and travel around that region to see if it actually exists.” Lin says.

“Exploration is part of it, but another big aspect is conservation. In many ways technology has created problems for our planet. One of the greatest things we can do is better use these tools to actually give back to the planet. Preserving wildlife, cultures, history, and habitats. I think we have to decide why progress is important. Is it just to become faster, better human computers. Or to become more human?”

Or are we becoming not only more human but also more like the universal consciousness and the Quantum Creators of our own world? Consider what Lin says: “A universe has been created out of our minds and you’ve got entire societies being built that supersede societies that exist in reality.” In terms of consciousness and creating if we think it, we can create it. It may be that technology and collective mind-power can be used to bring about not only a global shift in our consciousness but a new era of us caring for our world and all those that share it with us.