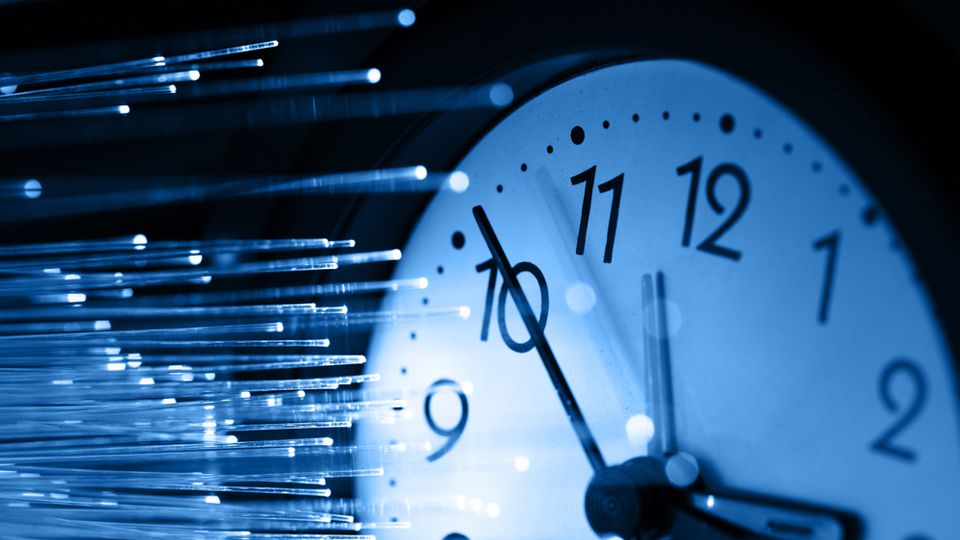 If you’re a regular follower of my Quantum Creating posts then you’re already be familiar with the concept of quantum entanglement which is based on ‘entangling’ your goal with your individual energy field in the same way that quantum physics has found that two particles can influence each other no matter how far apart they are – something that Einstein referred to as ‘spooky action at a distance’.

Now however, the whole concept of quantum entanglement has been extended to time – entangling two objects that have never co-existed together.

Hagai Eisenberg of the Hebrew University of Jerusalem and his team have done what they are calling an ‘entanglement swap’. It works like this. You take two pairs of entangled photons and then take one photon from each pair ‘disentangling’ them which creates a second fresh pair from the two remaining photons. So, to put it simply you have photons 1 and 2. Eisenberg then measured the quantum state of photon 1 which destroyed it. Photon 2, however, lived on and, about 100 nanoseconds later, the team created a new pair of entangled photons, 3 and 4. When the team entangled photon 2 with newborn photon 3, photon 4 also became entangled with photon 1 – even though 1 was by then “dead” – in other words – in the past!

Einstein himself paved the way in our understanding to how this can happen by stating that past, present and future exist simultaneously. Therefore, on a quantum level particles, whether they occupy the same ‘time’ as we understand it or not, could be entangled in the same way particles can no matter how far apart they are. Say you entangle photons 1 and 2 in London. Photon 2 then gets sent to New York where it is swapped with another pair – 3 and 4. Photon 4 is now entangled with 1 still in London and can then be sent to say Sydney but London would be able to measure all the photons well before the Sydney photons exist!

So what are the implications here aside from possible time travel at some future date? In Quantum Creating terms when we do an entanglement exercise with a goal we want to achieve this means we are already bringing that future goal towards us (see Quantum Creating – Get Entangled With Your Goals). But by using the same technique theoretically we can go back to a past event where we would have liked a different outcome and ‘entangle’ this event with a vision of the outcome we would have liked to have achieved. As our lives today are merely a product of choices and decisions we made in the past by ‘entangling’ our past experience with a different outcome we therefore give it a different ‘charge’ – by doing this and changing our perception of it, we change that past paving the way for a more positive future.

It seems our idea of reality should now be one that is fluid and where all outcomes are possible. Who knows whether a future ‘you’ isn’t influencing the experiences you are having today? But physics now seems to be telling us that influencing our future may be a reality and not just a dream.

Although this is cutting edge science and we are only hypothesising these ‘new’ discoveries uses here is a vintage video of mine talking through a similare technique which I have been using for the past 20 years :)

2 thoughts on “Can we change the past to influence our future? Physics Says: Yes”