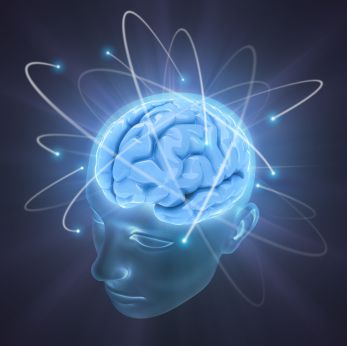 Quantum Creating involves becoming conscious of the power of our beliefs and our ability to transform them to serve our intention and desires. It’s about harnessing the natural process of evolution of thought and driving it in the direction of what we want to create. So the next time you feel yourself hesitating, thinking you can’t do something or something can’t be done, make a mental note to go inside and double check the belief that underpins that certainty. You just might be allowing yourself to be held back by just a few cells of grey matter and nothing more.

MRI scans analysed the brain structures of ninety young adults whose political attitudes were also scored from ‘very conservative’ to ‘very liberal’. The scans revealed a strong correlation between an individual’s view and the structure of the brain, particularly two regions.

The study showed that the more liberal views were held by people who had more grey matter in the anterior cingulated cortex, a region of the brain linked to decision-making. Those who had more grey matter in the amygdala, an area of the brain associated with processing emotion, expressed more conservative views. This struck me as odd at first as would emotions not give us empathy which extreme conservatism seems to lack? However fear is also a very powerful emotion! Indeed the study showed that this area of the brain responded to threatening situations with more aggression.

Researchers have commented that it isn’t possible to say which came first – the brain structure or the belief –and do note that we can change the structure of our brain, thanks to what’s called neuroplasticity, meaning that we aren’t stuck in any one viewpoint.

But what really struck me about this research is how real the world can look from our viewpoint and how certain we can be of something, all based on the distribution of a few bits of cell tissue. It’s exactly as Anais Nin said, we do not see things as they are, we see them as we are and very much akin to the Toltec idea that the way we see the world is much more like a dream than a representation of any reality.

The beliefs we carry actually determine the life we live. They tell us about everything, from the nature of the universe to what we can and can’t do. In medicine, the placebo effect shows that what we believe literally has an impact on our bodies. When what we believe empowers us to reach, stretch and create the life we want to live and the world we want to live in, it’s all good. But when our beliefs limit us, it’s time to change them.

The good news is that we can change our beliefs. They actually change all the time, without us being aware of the process. You carry very different beliefs today than those that ruled your world when you were five years old! This study suggests that when we change our beliefs, we change our brain, and a shift in how we see the world and what’s possible will naturally follow.

Read more about the study

Contemplation Honour your sacred space this week. Have you been feeling caught in the hurly-burly of others drama or emotion? Or perhaps you feel lonely or fear that someone has withdrawn from you? The Hermit is popping in to tell you to trust your wisdom, to focus on your inner fire and trust that you […]