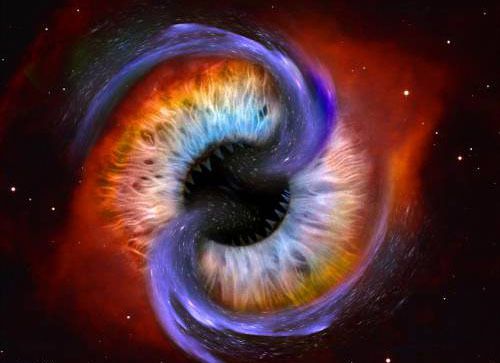 Consciousness And The Mind

The True Bridge Across Forever

Traditionally, science has held that what we think of as ‘consciousness’ is situated in our brains. In other words, ‘we’ do not exist outside of the physical clump of cells, lobes, neutral pathways and synapses we call the brain. Due to this rather reductionist viewpoint, science has therefore dismissed phenomena such as premonitions and psychic ability. If consciousness is just a brain function and confined to the grey matter between our ears then the argument follows that everything we perceive is confined to the here and now. Therefore premonitions and psychic insights cannot exist! However, both quantum mechanics and new scientific research are set to overturn these ideas about just what consciousness is and where it is located.

In his book, The Conscious Universe, Dr. Dean Radin looks at 309 experiments conducted by Charles Honorton and Diane Ferrari into precognition. 62 investigators tested 50,000 participants in over two million trials 35% of which showed that people can describe future events when only five percent would be expected to simply by chance. The odds that these results were not due to chance was greater than 10 to the twentieth power to one.

Dr. Larry Dossey author of The Science of Premonitions concludes that consciousness is a nonlocal phenomenon. Basically a scientific term for infinite. So, something is nonlocal, it’s not inhabiting a specific place – such as your body or brain, and doesn’t even exist at a specific point in time (i.e.: what we perceive as ‘now’ or ‘the present’).  Nonlocal events are immediate; so, they require no travel time and quantum mechanics has shown us that time does not in fact exist. They require no signal to “carry” them and they don’t become weaker with distance.  And they are unmitigated; they do not become weaker with increasing distance.

Nonlocal phenomena are omnipresent, everywhere at once. This means there is no necessity for them to go anywhere; they are already there. They are infinite in time as well, present at all moments, past present and future, meaning they are eternal.

Think about what this means for a moment. Your consciousness is eternal.

As physicist Chris Clarke, of the University of Southampton, says: “On one hand, mind is inherently non-local. On the other, the world is governed by a quantum physics that is inherently non-local. This is no accident, but a precise correspondence …[Mind and the world are] aspects of the same thing…The way ahead, I believe, has to place mind first as the key aspect of the universe…We have to start exploring how we can talk about mind in terms of a quantum picture…Only then will we be able to make a genuine bridge between physics and physiology.”

Or perhaps this research is not just a bridge between physics and physiology; but also a bridge to our understanding of our souls and intuition. Science is accepting there is more to heaven and earth than ever before dreamed of in previous hypotheses; forming a true bridge across forever.