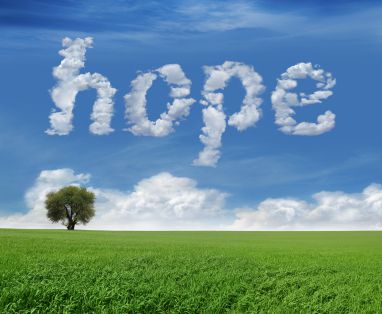 We are all amazingly powerful creators and no one can take our power away – yet we can hand it over.  When we give away our power, we undermine our ability to create.  We set up a vibration that makes it much harder to attract what we want and we erode our connection to the cosmic web. There have been times in my life, like most people,  when I have given my power away or got stuck in negative patterns but there was always something urging me on. I was lucky enough to have a child like belief in the Universe and the miracle of life. I knew in my heart that we have the power to transform and even though in the midst of pain I sometimes wondered if things would change I kept that belief. Here are some tips if you feel like giving up or giving in.

But what makes us do it?
No matter who we are or what we do, every single one of us has met with rejection or failure at some point in our lives.

Psychologist Martin Seligman coined the term ‘learned helplessness’ to describe what can happen when we receive a series of knock backs.  He suggests that after a very short period of time, we can simply give up making any effort at all – even when we get the chance to give something another shot.

The real problem isn’t the knock back – it’s the belief that, as nothing we do seems to make any difference, we might as well give up and not try.

The only real difference between someone who succeeds and someone who doesn’t is the ability to keep going.  In every arena in life you’ll find stories of spectacular rejections and failures along the road to what looks like overnight success.

The book series Chicken Soup for the Soul by Jack Canfield and Mark Victor Hansen was rejected 33 times with scathing reviews, yet it has gone on to sell 80 million copies in 37 languages.  Notes written at Fred Astaire’s screen test are said to have read, “Can’t sing. Can’t act. Balding. Can dance a little.”  Most entrepreneurs have had to endure enormous struggles along their path and pick themselves up after a few failures.  The extraordinarily successful Dragon’s Den’s Duncan Bannatyne didn’t even have a bank account until he was 30.

Of course, succeeding at something doesn’t mean you have to become a multi-millionaire star.  Maybe you’ve ‘tried’ meditation and given up after ten minutes of not being able to clear your mind, or maybe you ‘know’ you ‘should’ keep a gratitude journal, but it didn’t work after a couple of days so you put it to one side.

So how do you make sure that you don’t fall into the trap of learned helplessness?

1/Put your focus on doing what you love and what brings you happiness.  I have never thought about being successful – but I am passionately committed to what I do.  That passion has made me constantly challenge myself to do more and do it better across the entire 30 odd years that I’ve been doing it!

2/Learn from any mistakes along the way.  As prolific inventor Thomas Alva Edison who finally arrived at a working design for the light bulb famously said, “I have not failed. I’ve just found 10,000 ways that won’t work.”

3/Make what you can control the markers of your success – not what anyone else thinks or what happens.  If you want to write that novel, you can write 500 words a day until it’s done rather than deciding that if doesn’t go out to a bidding war when it’s at draft stage, it’s a sign that you’re heading for failure.

4/Be smart about who you share your dreams with.  Some will support you, others will try and talk you out of it.  Defending what you’re up to diverts energy.

5/Try and link in with a network of people who have done it – whatever it is.  If you want to run a marathon, join a running club.  You can speed up your own learning process by mixing with people immersed in whatever it is you want to do.

6/ If you feel like giving up on love or putting up with someone who hurts you start to love yourself. Be your own best friend and know that love is all around you. There are billions of people in the world and when you trust your vibration will be a beacon to others like you.

Quotes to inspire you
“Think like a queen. A queen is not afraid to fail. Failure is another steppingstone to greatness.”      Oprah Winfrey

“Failure is only the opportunity to begin again, only this time more wisely.” Henry Ford
“I honestly think it is better to be a failure at something you love than to be a success at something you hate. “   George F. Burns

“People in their handlings of affairs often fail when they are about to succeed. If one remains as careful at the end as he was at the beginning, there will be no failure. “  Lao Tzu

“An inventor fails 999 times, and if he succeeds once, he’s in. He treats his failures simply as practice shots.”  Charles F. Kettering

“I’ve come to believe that all my past failure and frustration were actually laying the foundation for the understandings that have created the new level of living I now enjoy.”  Anthony Robbins