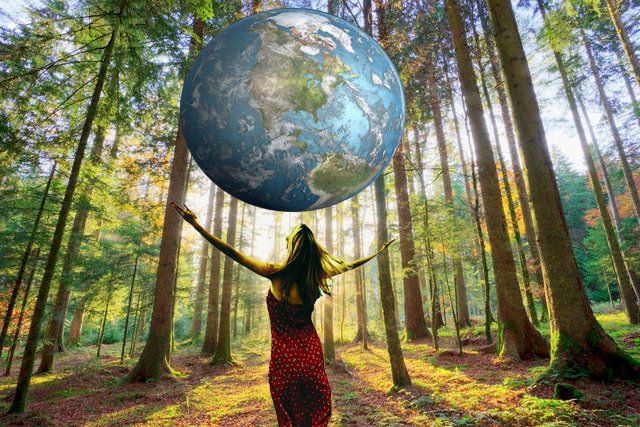 Is the Universe a Supercomputer?

Who remembers Deep Thought? The supercomputer from The Hitchhiker’s Guide to the Galaxy who gave us the answer 42 to the question of life; the universe and everything?

New research now suggests the universe itself may be nothing but a vast computer; and everything that happens can be explained in terms of information processing.

Quantum theory has opened our minds to the fact that reality is more than just particles. All matter is energy (see Can we change the past to influence the future). So, what if we stop thinking of a computer as a box? Think of it as something that processes information. We are coming closer to what many quantum physicists now believe the universe actually is.

“It’s suggestive that you will find information processing at the root of everything.”

Sub-atomic particles share properties and exchange information when they are entangled; despite the physical distance. Or, as we’re now seeing, the time that may separate them. So, just like a computer, every process in the universe (and that includes the birth of stars down to you and me going about our daily lives), is an interaction between particles which produces binary answers. Yes or no. Here or there. Up or down. That means nature, at its most fundamental level, is simply the flipping of binary digits or bits; just like a computer. All these ‘flips’ results in the interaction of atoms; which form waves which produce what we call reality.

Professor Ed Fredkin pioneering researcher into digital physics at MIT says that the universe follows just one law. A single information-processing rule that is all you need to build a cosmos. In Fredkin’s view, this would be some form of “if – then” procedure; the kind of rule used in traditional computing; to manipulate the bits held by transistors on a chip; and operate the logic gates. But this time applied to the bits of the universe.

According to Professor Vedral, to answer the question as to why the universe exists, quantum mechanics tells us that quantum information (i.e. a quantum computer) would result in a universe spontaneously coming into being.

So, in the beginning was the information rather than the word!

In 2008, the GEO 600 gravitational wave detector in Hanover, Germany, picked up a signal. It suggested that space-time is pixellated – much like digital video data. This is exactly what would be expected in a “holographic” universe; as theorised by Michael Talbot author of The Holographic Universe. So, what we think of as 3D reality is actually a projection of information encoded on the two-dimensional surface of the boundary of our universe – or even the multiverse.

This discovery came about over a debate over black holes. Physics tells us information (energy waves) cannot be destroyed, but a black hole appears to violate this by swallowing things that contain information then gradually evaporating away. What happens to that information was the subject of a long debate between Stephen Hawking and several of his peers. In the end, Hawking lost the debate, conceding that the information is imprinted on the event horizon that defines the black hole’s boundary and escapes as the black hole evaporates.

This led theoretical physicists Leonard Susskind and Gerard’t Hooft to propose that the entire universe could also hold information at its boundary – with the consequence that our reality could be the projection of that information into the space within the boundary. If these scientists are correct then our ‘reality’ is closer to the Buddhist concept of a dream – or perhaps the spiritual and quantum equivalent of The Matrix, that we ever imagined possible but in terms of us fulfilling our soul purpose for being here lends a new meaning to the term ‘If you can dream it, you can do it.’ It could be we are not just creating our own reality but each of us is contributing to the reality we know as the Universe – we are all Quantum Creators!