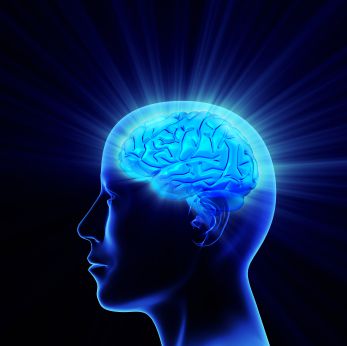 Two more amazing discoveries about the brain that might on the surface seem unconnected, yet inspire a similar sense of wonder about how our brain works.

The first is the incredible discovery of a 44-year-old French man with barely any actual brain matter at all who is nevertheless leading a normal life as a civil servant.   The man went to the doctors complaining about his left leg feeling weak.  MRI scans revealed that he had what is described as an abnormally small brain.  So far, it seems to have had little effect on his life.  Tests also reveal that he is only slightly less intelligent that other people.

Secondly, other scientists have come up with the term ‘cognitive reserve’ to describe how our brain is capable of finding new neural routes when existing ones fail.  Failures can be caused by the kind of damage done by diseases such as Alzheimer’s.

Our brain works by signals that travel along neural pathways.  Researchers have concluded that the more we carry on using our brains, challenging ourselves to learn new things and by adding variety and change to our everyday lives, the more likely we are to build up rich road maps of neural pathways.  The rich neural maps we have the ability to build up makes up our cognitive reserves – banks that we can draw against when we need to.

If for any reason our old ones fail us, our brains will automatically skip over onto a new route.  It’s a bit like the way that sat nav is smart enough to recognise when there are roadworks ahead or better alternative routes to where we want to go have opened up.

All in all, these discoveries underline the difference between what we might call the mind and the brain.  The brain is the literal grey matter inside our skulls, but the mind is the magic of thought that grey matter makes possible.  Not only do these two extraordinary bits of information show that we aren’t necessarily limited by how much grey matter we have, they also show that our thoughts generate thoughts.

That’s amazing enough in itself, but there is an echo of magic here too.  Scientists have been urging us to stay mentally active and to embrace new challenges as a way of keeping us as sharp as possible.  At the same time, in Quantum Creating I talk about the importance of shaking up our lives both through the smallest changes, like taking different routes to work, right up to evoking passion by immersing ourselves in things that bring us joy and keep us on the edge of experience.

On one hand, that’s the way to quite literally keep your mind active, alive and even potentially capable of more than your measure of mere grey matter allows.  On the other Quantum Creating side, it puts you in the right vibration and gets you into the flow of synchronicity itself that opens the floodgates of potential.  Either way, it seems there are rich rewards to be had by continually challenging your own limits!