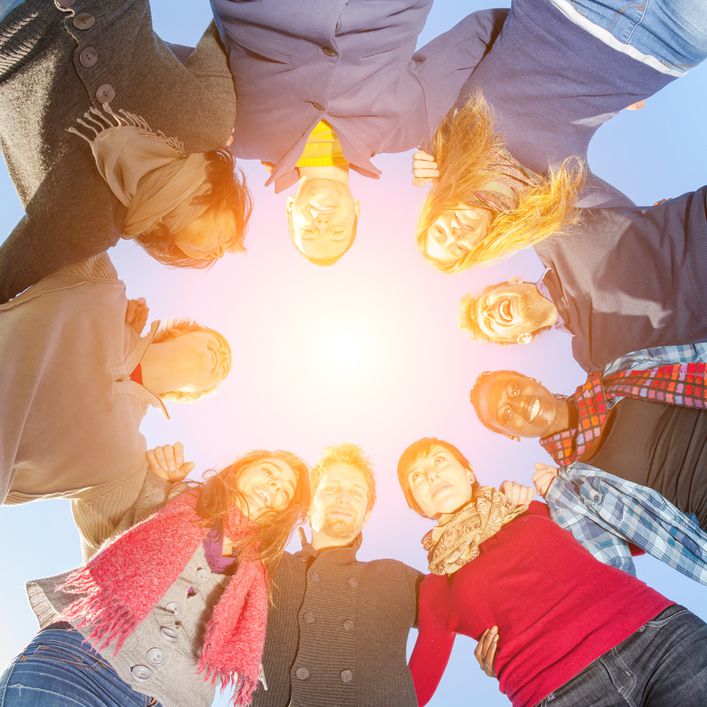 Is Science Set To Prove We Are All One?

By now most of us are familiar with certain concepts. For example; our thoughts and energy affect our reality. Or, Quantum Theory points to a holographic or inter-connected universe. Jung spoke of the ‘collective unconscious’; and from this the appearance of synchronicities. However, science is now showing us that we are all connected on a global, conscious level; whether we are aware of this or not. Not only are we connected with each other, we are connected with the Earth as well. Major events in one part of the globe ripple out and impact on people on the other side of it.

Princeton University and the Institute of Noetic Sciences have been running the Global Consciousness Project since 1998. It collects data from random number generators (RNG’s) based on quantum tunnelling. They are located at 70 sites around the globe. Now, under normal circumstances these RNG’s just produce completely unpredictable sequences of zeros and ones. But what the scientists have discovered in the 16 years the project has been running, is that when an event occurs which synchronises the feelings of a large number of people, the numbers that are generated cease to become random; but assume a subtle structure.

The scientists estimate there is a one in a trillion odds that this is purely due to chance. In other words, when enough people become focussed on something, the machines and therefore the nature of the universe itself is effected. This has happened on too many occasions for the researchers to ignore this. Events such as 9/11. The 2004 tsunami. Hurricane Katrina, and presidential elections have been shown to have a massive impact on the RNG’s. This would seem to indicate that we are all unconsciously tapped into and even influencing, a unified field of consciousness. And the sudden synchronising of the numbers generated reflects this.

From this research we can see that collectively we have the ability to change our world. What we think collectively affects our reality. We can see how important it is for us to choose our thoughts and beliefs carefully. This also gives us the opportunity to be the catalysts for positive change and transformation. If enough of us agree on the beliefs we hold and where we direct our attention. Where attention goes, energy flows.

When it comes to showing us all we have the ability to become master-creators of positive change in the world, the researchers at the project have found that when events occur they are greater when emotions such as compassion and empathy are collectively triggered than when negative emotions such as fear or anger are the result. Proof perhaps of what the mystics and holy teachings have always told us – love is not only the answer but the most powerful force in our universe (and possibly all the parallel ones as well!).

Think about it this way – compassion and love are interpersonal, connecting emotions, while fear and anger drive us towards personal survival; it separates us. But when we collectively feel compassion and empathy what this project seems to be saying echoes in the quantum – we really can change our world.

Justice is an interesting card. I’ve learned over the years that what we see as Justice or injustice can be very subjective! We all view situations differently. We can sometimes feel an injustice has been done and we’ve totally got the wrong end of the stick. We can make assumptions and then dislike someone or […]