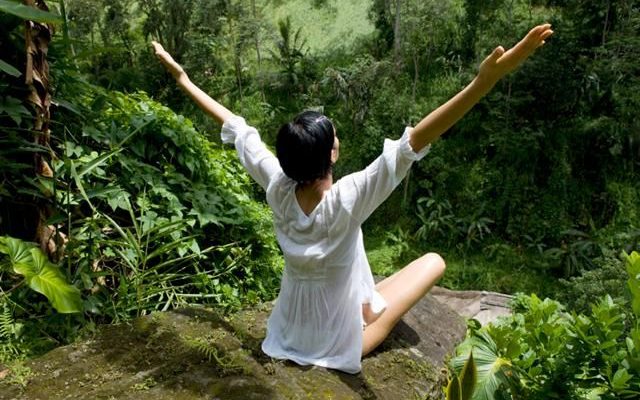 In part one of this series I talked about what I call Supersensitives – people who have gone beyond being empathetic to soaking up the feelings of others like psychic sponges.

I actually think that there are an increasing number of Supersensitives today. That number is going to carry on growing. It’s part of the next stage of our psychic, spiritual and social evolution.

Having Supersensitivity is an extraordinary gift that can be used in loads of different ways.  But it can bring problems in its wake.

The problems it can cause are quite a lot to take on. However, I think if you’re a Supersensitive, you’ll be able to resonate with them. You may even be living them right now. If any of them do feel familiar, you’ll now understand exactly what’s driving the whole show!

When I started out giving psychic readings I was very young.  I wanted to help the world and I couldn’t bear even the idea that anyone else was unhappy.  So I would give my number to anyone in distress. Or someone I’d given a reading to and say, call me any time. Well, I started getting calls all through the night. To the point where it meant that it was disturbing me and my then young son. I knew that I had to draw a line even though it was really hard.

The main problem that can come hand in hand with being Supersensitive is that, until we learn to handle it, we will do anything – and I mean anything – to stop other people feeling bad because we feel alongside them.  Even if it means going against what’s good for us.

And because we’re also human, we can do whatever it takes to try and keep others happy. Then we end up exhausted, hollow, resentful, depleted and angry; because we haven’t taken care of ourselves in a way that is healthy and necessary. All of those feelings get layered up because of course on one level we are all responsible for the choices that we make, but at the level of Supersensitivity it sometimes means a choice between feeling bad and feeling bad.  Either we say no to someone and then feel bad because they are feeling bad, or we say yes and feel bad when we’ve said yes to something that isn’t good for us.

Because we can psychically pick up on what someone else is feeling even before even they might be able to put it into words, we can jump in and try and rescue them before they’ve even asked!

Along with that, and this is the bit that can be really hard to accept, we can even start to want to manipulate other people – to intervene in the choices they make because we fear they may end up feeling bad and then we will feel bad alongside them.  We can turn into total control freaks, trying to manage the emotional temperature of anything and anyone within our influence!

That’s quite a lot to take on!  But what’s the remedy?

Chill out and understand that it’s just not possible for you to keep everyone happy all of the time.  You can turn cartwheels from dawn to dusk and there will always be someone who’s sad, angry, or who thinks you’re being unfair or whatever.  Along with that, there are some times when you’re going to have to make decisions that mean someone doesn’t get what they want and they aren’t going to feel good about it.  There are six billion people on this planet.  You can’t keep all of them happy.

Learn to say no from a loving place.  Saying no can be really hard at first for Supersensitives if they aren’t used to it.  It can feel really bad, so bad that we resent having to say it and that resentment can spill out.  Also, you have to give yourself time to get used to saying it and finding out that the world doesn’t end when you do.  Have you ever known someone who always goes along with everyone else and then one day just totally loses the plot apparently out of the blue?  Supersensitives can flip from never saying no to passive or outright aggression until they get used to saying no.

We respect our own boundaries.  There are many amazing and extraordinary people, like doctors, nurses and therapists, who spend long stretches of their working day around people who are distressed and who either have the ability or have to quickly learn how to handle it or they run the risk of burnout. Ironically, I think that a lot of Supersensitives are drawn to helping or caring professions because they really do want to heal the world, but without the individual or wider recognition of supersensitivity, it can mean that the person gets pulled in to the hole that the person they are trying to help is stuck in.  Respecting our boundaries means knowing where we can give and where we can’t and either nurturing ourselves or even getting out when we realise we are burning out.

We trust that we are all on a journey.  Every single one of us signed up for the lessons that we could only learn by coming here and sometimes when we try and act as a buffer to someone else feeling bad what we are actually doing is meddling in their soul’s journey.

Let’s say we stay in a relationship with someone we love but aren’t in love with because we don’t want to hurt them by ending it.  We mean well, but we’re actually dishonouring their strength and saying they can’t survive without us.  In truth, we may even be stopping them finding the right partner!  It is hard to stand by and watch someone we care about in pain, especially when we feel that pain, but it helps to remember that every single one of us goes through tough times in life and can emerge stronger, wiser and even more loving as a result.

We develop a few psychic hygiene practices that are as important as cleaning our teeth!  You’ll find lots of other articles on here about psychic protection or how to look after our psychic wellbeing.  In a nutshell we can meditate, get out in nature, take salt baths, visualise golden lights around us and carry Tigers Eye crystal for protection.  For those of us who are supersensitive, these aren’t ‘oh alright then, if I’ve got a moment’ things.  They are absolute musts.

If we can all learn to manage this amazing gift that so many of us have, I truly do think that it will help us all evolve as individuals and as a whole.