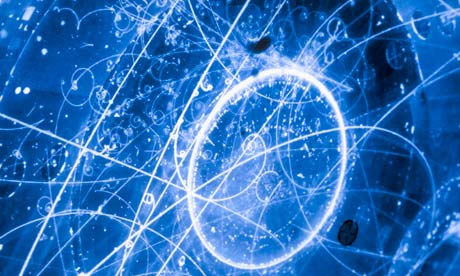 New discovery shakes everything that scientists know about the universe

A recent discovery has left the scientific community reeling. Particles can travel faster than the speed of light.

The discovery breaks every known law of science. It brings the idea of time travel one step closer to being reality. It also means that we are starting to discover things. Things which change our perception of the Universe. So, good scientists always keep an open mind; but it must have come as a shock to those who like to think that they know it all.

So, this century’s modern physics. Certainly It has been responsible for discoveries that have literally shaken our understanding of the entire universe and time itself. It has opened up the probability of everything. The existence of multiple universes. The idea that, time might not run as a straight line from past to preset. Time itself loops around and weaves a fabric of infinite potential. I have no doubt that science is nearing more discoveries which will shift our perception further; and also that psychic phenomena will eventually have a clear explanation.

However, this time, even the scientists don’t seem to know what to make of what they have found.

The discovery was made when researchers in Geneva sent neutrinos (tiny subatomic particles) to a laboratory in Italy; only to be confounded when the neutrinos arrived earlier than they should have. The neutrinos could only do this if they were traveling faster than the speed of light; which up until now has been thought to be impossible. As a result, scientists are left wondering if the neutrinos have taken shortcuts through other dimensions.

In short, the discovery has divided the scientific community. For instance, one of the researchers involved in the project, Antonio Ereditato, admits to being shocked; and has thrown the results open to the world for other scientists to explain what they currently can’t. Just how do those little subatomic particles got to their destination faster than the speed of light? Therefore, All scientists have agreed. Certainly, this shakes up everything known about the universe. However, some are holding their judgment. At least until there is absolute certainty.

That is to say, that it’s not just down to problems in measuring what’s going on.