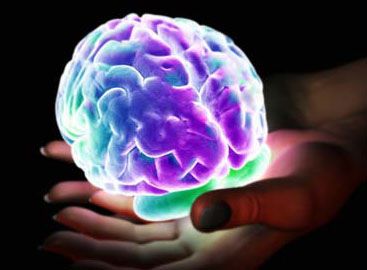 When we’re awake we’re always aware of who we are and how we are perceiving our world. In other words we are what would be called ‘conscious’. But this changes when we’re dreaming. The exception of this has been lucid dreamers – people who are aware they are dreaming and can even ‘direct’ the course of their dreams. You may have even read our article here on MK about using lucid dreaming techniques to problem solve. Now scientists at the Max Planck Institute of Psychiatry in Munich and researchers at the Human Cognitive and Brain Sciences in Leipzig have been able to locate the seat of ‘meta-consciousness’ in the brain using magnetic resonance tomography (MRT) on lucid dreamers, providing us with the most exciting insights to date as to where ‘consciousness’ is located in the human brain.

Our ability for self-awareness and perception and the part of the brain which may govern this has been one of the great unsolved mysteries of neuroscience despite modern imaging techniques. When our brains move from a conscious to an unconscious state and back again, it has been difficult to map the areas of the brain involved in self-perception due to the global changes that occur in the brain at the same time. However, by mapping the brains of lucid dreamers with brain activity involved in a normal (unconscious) dream, scientists were able to identify the area of our brain involved in awareness. As Dr. Martin Dresler from the Max Planck Institute explains: “In a normal dream, we have a very basal consciousness. We experience perceptions and emotions but we are not aware that we are only dreaming. It’s only in a lucid dream that the dreamer gets a meta-insight into his or her state.”

Head of the same research group Dr. Micheal Czisch says: “The general basic activity of the brain is similar in a normal dream and in a lucid dream. In a lucid state, however, the activity in certain areas of the cerebral cortex increases markedly within seconds.”  The findings also verify previous studies and have made the neural networks of a conscious mental state visible to us for the very first time.

Scientists at Max Planck have also carried out extensive research into what our brains are doing when we are having normal dreams revealing that our brain reacts in a similar way during our dreams as it does when we commit the same actions in waking life. Using near-infrared spectroscopy, the researchers discovered that if we are walking around in our dream then there will be increased activity in the region of our brain that plays a role in planning our movements. “Our dreams are therefore not a ‘sleep cinema’ in which we merely observe an event passively, but involve activity in the regions of the brain that are relevant to the dream content,” explains Michael Czisch.

Tbis discovery is to neuroscience the equivalent og the Higgs boson to quantum physics. By understanding the areas of our brains that govern our perception of being ‘self-aware’ we can better understand the bigger questions of consciousness, individuality and ultimately, spiritual awareness. The answers after all, may lie in our dreams.