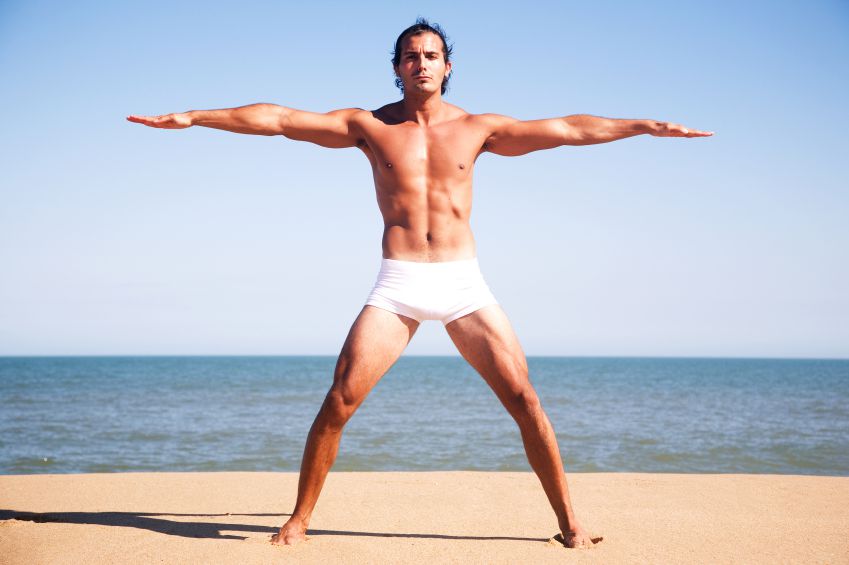 If you want to get moving but hate gyms and the very idea of going to an aerobics class makes you break out in a sweat, there are classes that you can go along to that pay just as much attention to your spirit as they do your body.  Over the next five weeks I’ll be featuring five forms of movement –  Tai Chi, Yoga, Raq Sharqi, Chi Kung and 5Rhythms Dance sessions – that all emphasise the link between your body and your spirit.  We’ll start with Tai Chi.

Go to any park early in the morning in any of China’s major cities and they will be packed with people doing Tai Chi and Chi Kung.

Originating in China, Tai Chi is widely practiced for its health benefits, although it is actually a martial art.  Movements are designed to build up Chi, a kind of power that means Masters can do things far beyond what we might consider being possible for the ordinary human body, such as striking through wood with what appears to be a light tap.  Many classes focus on the health benefits and teach the forms without revealing the martial application of movements however, so it’s worth checking with the teacher before you join in if the idea of doing a martial art is something that doesn’t resonate with you.

As with Yoga, there are many different kinds of Tai Chi, each named after the founder who developed their own particular style.  Chen style uses distinct big, flowing movements and low stances.  There are also variations on Yang style – one combines slow movements with fast explosive strikes in a form that runs to over 100 movements whilst another teaches a short, flowing form.

You can watch a video here of one of the original Tai Chi Masters, Chen Man Ching, demonstrating a flowing and graceful sword form.  It’s old and black and white, so please bear with that because it’s a precious record of a recognised Master and gives us a chance to see an expert demonstration of a form!

Find a Tai Chi class near you

Justice is an interesting card. I’ve learned over the years that what we see as Justice or injustice can be very subjective! We all view situations differently. We can sometimes feel an injustice has been done and we’ve totally got the wrong end of the stick. We can make assumptions and then dislike someone or […]