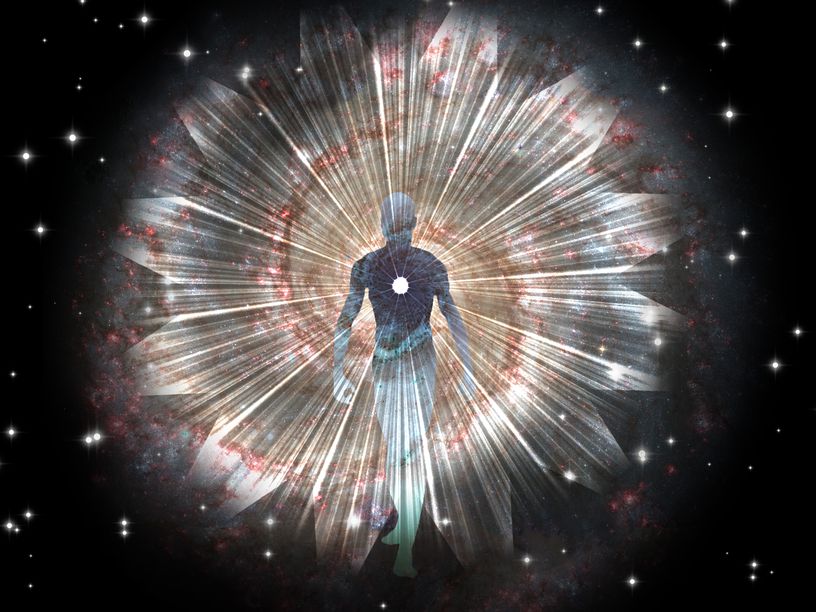 The process of setting goals and then taking action towards them puts us in touch with our power. When we seriously commit to changing something about our lives and creating something better for ourselves we become conduits for unlimited potential. Notice I said ‘Unlimited Potential’. And that is where we can fall down. Once we are tapped into all this unlimited potential we forget that the universe can come up with something even more amazing for us that we can ever possibly imagine for ourselves. Which is why when we set and commit to a goal(s) we have to see the big picture in order to avoid cutting off the flow of truly amazing things that the universe in its vast creativity wants to send us. And we can do this simply by seeing the journey we have created ourselves as our goal.

It works like this. Say you decide your goal is a specific job in a specific company or field. So, you state your intention and you undertake whatever things you can do right now to work towards that goal. This can be anything from reading up about the company or the field you want to work in, to apply for the position or looking into further training you might need in order to do that. You can probably see all the logical steps you need to take to get from A to B – your goal. As you do this you change your energy and this opens up that conduit of unlimited potential I was talking about. Unknown to you perhaps the universe can see an easier way for you to get there or else there is a far better role out there for you – one that fulfils your soul path a lot better. The universe may now present you with an opportunity to head down that path but this is the moment that many people fall down in their Quantum Creating process: because this opportunity doesn’t look exactly like the end result they imagined, or conform to one of the steps in their manifestation plan, they turn it down. getting too attached to the process and the outcome can actually derail us.

One example is a friend of mine whose goal was to make it in film production but despite fabulous skills and her applying for jobs on the next step up on the ladder, she kept getting turned down. A ‘chance’ meeting (but not really when it comes to Quantum Creating) with someone who worked with a lot of West End theatres led to her being offered a role in theatrical production – which she turned down because she saw this as a step away from her goal. Years later she admitted it was a mistake and would probably have opened up far more doors for her both creatively and professionally and as she did in fact end up working in theatre later admitted that she loved live performances perhaps even more than film! The universe had in fact known what was best for her.

Sometimes we can get so fixated on our goal we forget we are on a soul journey and we miss all the scenery and opportunities to take ‘excursions’ on our journey because of it. Another friend whose goal was to be a writer was surprised when a similar ‘chance’ encounter led to her being offered the opportunity to be the marketing manager of a new luxury resort overseas. While she had a marketing background she had no experience in the hospitality industry and also was keen to get out of marketing roles. Years later and she regretted turning down the role simply because not only would it have given her the experience of living and working in five-star luxury somewhere sunny and exotic, she realised that the experiences and people she would have encountered would have provided her with unimaginable inspiration for a dozen novels -and she would have had an experience of a lifetime while doing so.

It’s very important that we tap into our power by setting and committing to our goals. But once we’ve done that it’s just as important to stay alert and open for different ways to achieve them or even a better version of what we can dream up for ourselves. So once your goals are set, let go of your outcome and trust the universe to deliver exactly what you need. Which is why the journey really should be our destination!