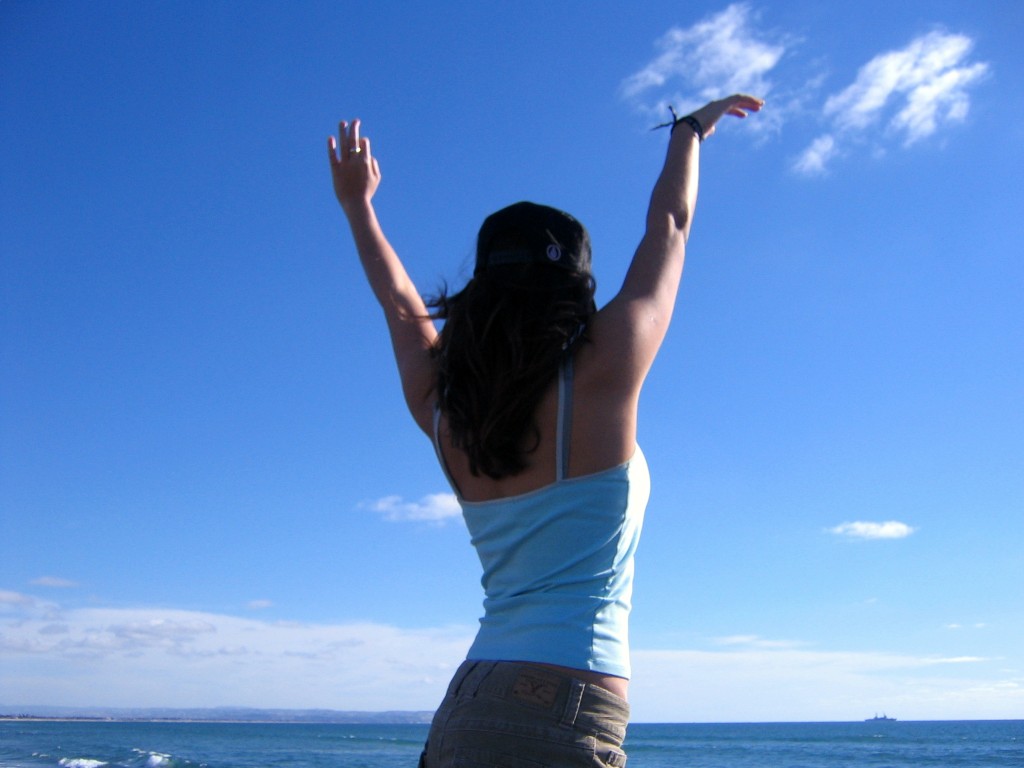 I’m an optimist.  Never mind about half full, my glass is always spilling over and raised in a toast to the miracles that happen every day.

I’ve written elsewhere about the benefits that optimism can bring.  Now, a new study actually reveals the role that the brain plays in creating an optimistic outlook

Published in Nature Neuroscience, the study looked at the brain activity in the frontal lobes of people hearing positive news.  The more optimistic the person, the less activity showed up in this area that’s linked to processing errors.

In a nutshell, that means it looks as though optimistic people simply don’t take in negative information.

Quoted in an article on BBC Health, one of the authors of the study, Dr. Sharot, says  “The negative aspect is that we underestimate risks.”

There are times in our lives where it’s important that we take extra care and watch that we don’t overestimate our abilities, like when we’re out driving.  But there are others where we really do need to unleash our inner optimists.  I’m going to stick my neck out and bet that for every person who has made huge leaps forward in science, arts, culture, business or in personal achievements in their own lives, there was at least one person trying to tell them that what they were striving to do couldn’t be done.  And thank goodness they didn’t listen.

Outside of the really obvious things – I’d never encourage anyone to take any health risks – maybe what we need to do is look at we really fear about failure.

I truly believe that our thoughts create our reality.  If we’re terrified of failure, it’s really hard for us to give whatever we are going for our best shot.  And the truth is that most people who are successful endure loads of failures along the way.  They just get up and get going again.

You can train yourself to be more optimistic  It’s about catching yourself at the point where you hear yourself saying, ‘I can’t do that’ or ‘it  will never work’ before you’ve even tried.  So tune in to what’s going on in your mind and make sure it’s working for you.