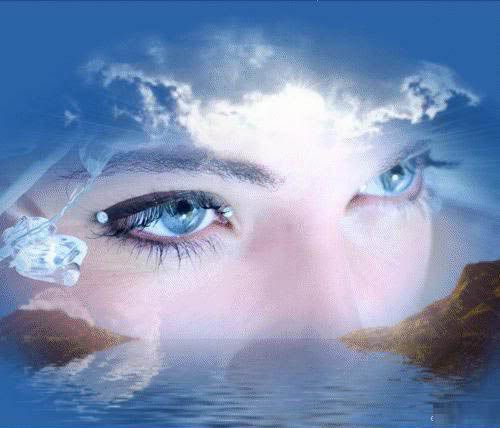 We’ve talked so much about how what you think creates your reality and how this ties in with quantum physics – this forms the basis of my Quantum Creating techniques. Science continues to probe those questions spirituality has attempted to answer for millennia – just what is ‘reality’ as we perceive it? This question continues to perplex as it appears the more we find out about what constitutes reality the more questions it appears to raise leading to yet another question: Is anything actually real?

Let’s take the screen you are reading this article on right now. Whether it’s on your phone, your computer or your tablet, you may say it looks pretty real – especially if you are holding it. Traditionally, science might have agreed with you that the screen is real but actually very few components on a sub-atomic level account for the screen being ‘real’ to you. Breaking the screen down its atoms are comprised of electrons, protons and neutrons. Protons and neutrons are comprised of quarks. No two electrons can occupy the same quantum state and no two atoms can exist in the same space. Where it starts to get really freaky is when we look at the space inside the atom itself as atoms are basically comprised of empty space with a charge provided by the electrons. To put this into perspective – say you could enlarge an atom so that its nucleus measured the same size as the Earth. At that point the distance from the nucleus to the closest electron would be 2.5 times the distance of the Earth to the Sun! So, what we perceive as ‘reality’ is in fact nothing but so-called empty space and what you think is a screen is in fact nothing but an energy wave.

However, and here is where it gets really interesting, all this ‘empty’ space probably isn’t empty at all. There is the invisible dark matter and dark energy which together appear to account for 96% of matter in the universe. In many spiritual traditions especially those practiced by the Native Americans, the shaman would enter the ‘void’ via meditation or ritual to receive messages from spirit guides and also future predictions. Could this ‘void’ in fact be another way of describing a quantum state – a dark energy field where information could be retrieved relating to the past, present and future (as none of these actually exist). So, messages from ‘ancestors’ come via tapping into this field. We are fast coming around to accept that this is what today’s psychics are doing – connecting to this quantum reality and looking at possible futures. After all – as the future does not exist per se with the information we receive from a skilled psychic we can therefore change an outcome as we know we can change our reality! One of our readers even goes so far as to describe what she does as ‘quantum analysing’ – a term that might better describe what many psychics do today.

There are so many mysteries in our universe and idea of what is real that we have yet to discover. For me, I firmly believe that due to the fluid nature of energy, we truly are co-creators of our reality working with a powerful energy force that binds us all together.

The Fool It’s about to get exciting for you if you throw yourself in. Have you got butterflies and don’t know why? It’s time to do things differently and embrace the new. The Fool is awakening you to your spontaneous side. Open your arms to doing things that you’ve never done before. Listen to the […]