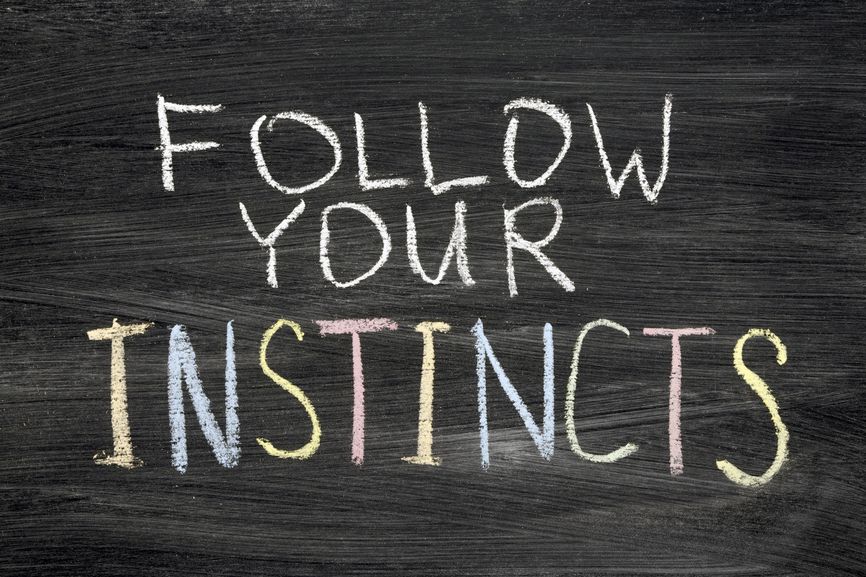 You feel it ‘in your heart’ – or you have a ‘gut feeling’ about someone or something. We’ve always referred to the heart as the centre of emotions and our ‘gut’ as the centre of our intuition. Scientific research has now shown that there are good reasons why we refer to these regions of our bodies in this way and that they may in fact be carriers of information.

We all know that the heart generates an electromagnetic field which extends far beyond the physical body. Instruments have measured this extending to about 10 feet in all directions around us. This is why we say someone is ‘crowding our space’ – especially if it is someone whose energy we don’t like – they are literally standing within our electromagnetic field. This field transmits information to us – which is why we can often pick up on someone’s emotional state without them actually saying anything to us or us even touching them, when they come into contact with it. The field also changes frequency with our own emotional states – we in turn transmit information to others. How they pick up and interpret this often depends on how attuned they are and how much credence they give to their intuition but this is often the way we pick up that someone is lying or that while they may be coming across in one way there is actually something ‘off’ – in other words a disparity between what they are saying and their energy.

So, our personal ‘vibe’ is reflected via this electromagnetic field which explains why so often if we are in bad mood we often seem to encounter more people in a similar state than usual and when we are in a good mood the world literally does smile back at us. It’s merely how other people react to our energy state as they come into contact with it. But it goes even further than that. New research by Dr. Candace Pert into psychoneuroimmunology has revealed that the molecules in our bodies which carry emotional intelligence which are known as neuropeptides are not only generated in the brain but also in other areas of the body – namely the heart and the gut! So when we say we have a ‘gut feeling’ we are actually not speaking metaphorically at all – we are acting on emotionally intelligent information that is generated by a part of our bodies outside of the brain.

Sensitivity to this kind of emotional information is what has allowed us to evolve and stay safe over hundreds of thousands of years. How many times have you ignored your ‘gut feeling’ only to regret it later when it was revealed that the ‘hunch’ you had was spot on? Like exercising any body part we need to use it or lose it and our intuition is no exception.

At least now when you have that gut feeling you now know there is a scientific explanation for it. Proof perhaps we should pay as much attention to the information our bodies ‘download’ as we should to that which our brains tell us.