References to archangels – an angel of the highest rank, or beings similar to them, are common amongst many religions and are one of the beliefs in ‘higher’ beings that are shared by many of the world’s cultures and religions. So, we can say archangels (or the idea of them) are universal.

There are seven archangels – Michael, Gabriel, Raphael, Uriel, Raguel, Remiel and Saraquael although most of us are only familiar with Michael, Gabriel and Raphael as many religions have either omitted the other four or else don’t recognise them. The earlier reference to all seven archangels is from the Book of Enoch – a Jewish text which is thought to date back to 300 BC! So, we can say these angelic beings have always been with us.

The seven archangels are each associated with a day of the week – Monday: Gabriel, Tuesday: Raphael, Wednesday: Uriel, Thursday: Saraquael, Friday: Raguel, Saturday: Remiel and Sunday: Michael. So, we can say if you are having problems on a particular day of the week and need to call for angelic guidance, each day resonates with the energy of a particular angel. 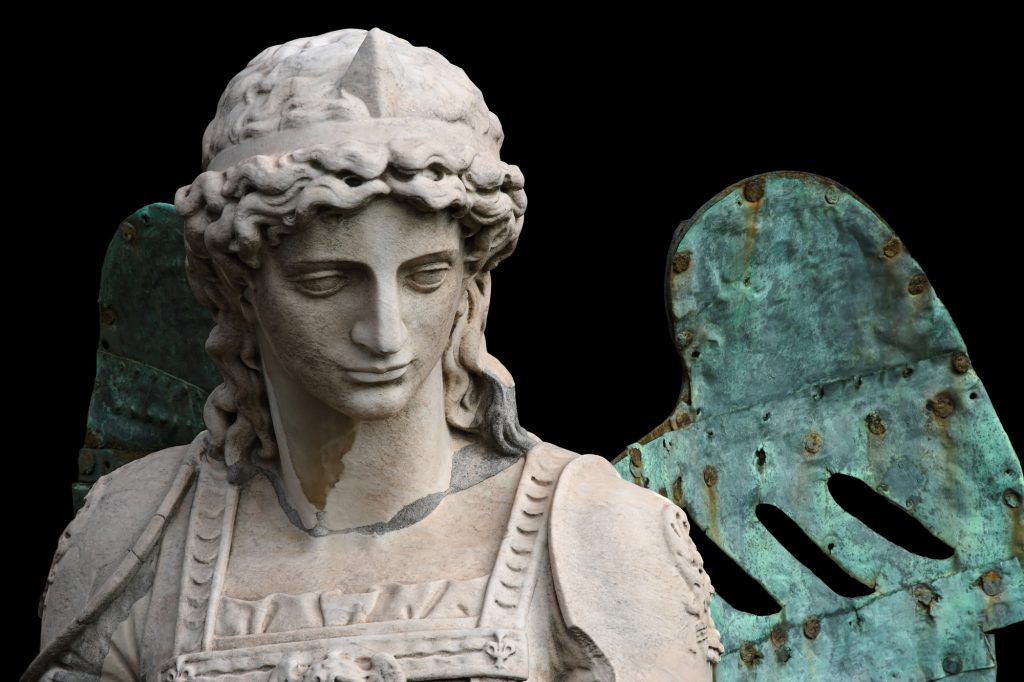 Before the age of powerful telescopes, we thought that our solar system was comprised of the Sun and six other planets besides the Earth. This was because we could observe these planets with the naked eye – which is why astrology and astronomy were one and the same and both were ‘observable’ sciences based on the planetary movements.

So, it should therefore some as no surprised that each star sign has an angelic ruler! Of course, some signs share a ruler even when contemporary astrology has taken in our increased knowledge of the solar system. But the old rulerships still hold true today and astrology still works perfectly well even if we were to omit the planets we have discovered that are not visible to the naked eye. The new planets just give us greater depth and understanding of our evolutionary process. So, based on the old rulerships, here is your sign’s archangel guide:

If you are studying the Tarot then this is one way you can in fact access angelic wisdom. The most obvious card is of course, Temperance which many believe depicts Saraqueal due to the card’s association with Sagittarius.

Look at your own deck and see what you can discover. One card with angelic messages whose higher meaning often escapes our notice is The World card. Traditionally this card is linked to the planet Saturn as Saturn represents worldly boundaries and in decks such as Rider-Waite, the central figure is enclosed in a wreath representing this. If you look at the card, you will see four images in each of the corners – top left a face, top right a bird or eagle, bottom left a bull (easily recognisable as Taurus) and bottom right a lion – Leo.

Taurus and Leo are fixed signs – fixed Earth and Sun. The other two fixed signs are of course Scorpio and Aquarius. The ancient symbol for Scorpio is the phoenix (hence, the bird is not an eagle but is this symbol of resurrection and of course, Scorpio rules rebirth) and the face represents Aquarius, the water bearer.

Taurus is ruled by Venus, Leo the Sun, Scorpio’s ancient ruler is Mars and Aquarius’s is Saturn. The four figures therefore represent four archangels – Raguel, Michael, Raphael and Remiel – and it is these fixed signs of the zodiac that mark the boundaries and also the building blocks of our lives.

See how you can work this knowledge into your every day life, add additional insight when reading your astrological forecast and enhance your Tarot readings. The secrets of the Archangels are all about us – if we just look for them!

One thought on “Secrets of the Archangels Revealed.”