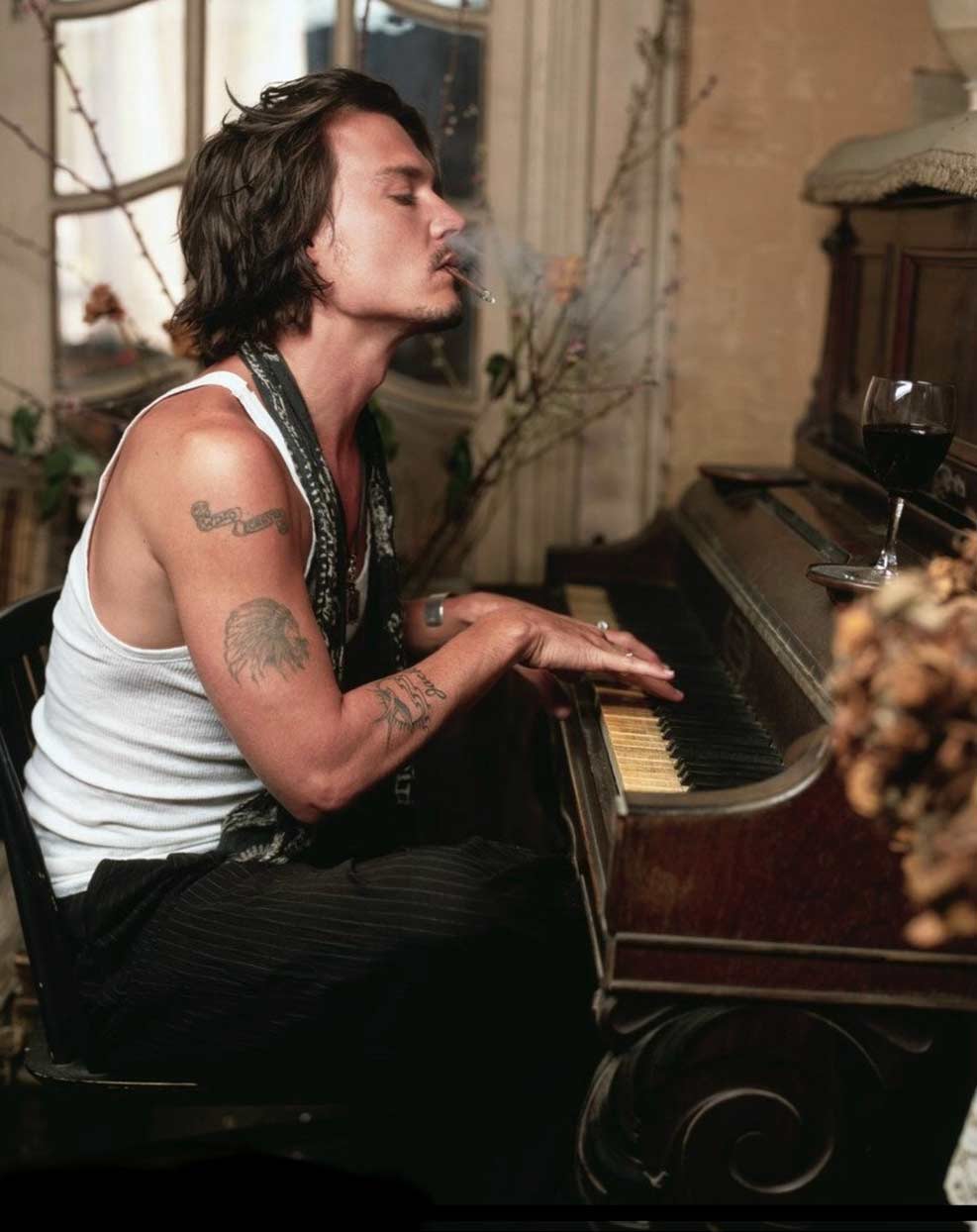 Johnny Depp is a bit of a superstar conundrum.  He most recently appeared on the big screen as The Mad Hatter in Tim Burton’s masterpiece, Alice in Wonderland.  In real life he has the  reputation of being as eccentric as the character he plays in the film, but is he a Mad Hatter or simply a shy recluse?

Media darling who shuns the limelight

Johnny Depp manages to be not only a media darling but someone who shuns the limelight. This is difficult for most mortals but Gemini Johnny is able to happily express two sides of his personality. Johnny is a seething mass of contradictions and it’s likely he’s also very well aware that life can be unpredictable and unsafe. He is determined to do his best but, at certain points in his life, he’s likely to get up to things that even he can’t second guess he’d actually do.  He gives the impression of being much more motivated by the opportunity to work on the roles he accepts rather than seeking the stardom that accompanies them, but he will cope well with this thanks to his Leo rising as this will enable him to enjoy the limelight whilst not actually feeling part of it.

The down to earth superstar

In terms of relationships, he is very faithful.  With Venus in Taurus, familiarity and loyalty are everything to him.  This is coupled with Mercury in Taurus, which means that, if Johnny says something, he means it one hundred per cent.

The only problem with this is that his Venus is in his 10th house, making him passionate and in love with work.  He seems to balance this, however, by only accepting roles that he feels totally passionate about and devoting himself fully to each project that he works on rather than endlessly cramming work into a schedule that makes no space for his personal life.  This position also indicates a person who is likely to bump into love interests at work, and so it’s interesting to note that he met long term love Vanessa Paradis while filming ‘The Ninth Gate’!

He probably wants to be perfect with Mars, Uranus and Pluto in Virgo in his 1st and 2nd house and it’s likely that he’s also very self critical when he can’t live up to his own impossibly high standards.

His chart shows us someone loyal, intense, eccentric but very down to earth. He works hard but has nothing superficial about him. True to his word, wild but trustworthy, he really is an embodiment of the sum of his parts.

Recent speculation in some quarters of the media that Johnny is about to run off with Angelina Jolie has yet to prove that it has any basis in reality.  Looking at his chart, it’s clear that, despite having a planet of swooning females to choose from, Johnny Depp is unlikely to be unfaithful unless he falls in love as he has a very high personal moral code. Nor would he act rashly in love unless he meant it and it was a long term choice.

Yet regardless of the trappings of fame, the most important thing to him is his freedom.  He intends to be free and follow his spiritual heart. So will he run off with Angelina Jolie – or anyone else?  Only if it’s destiny and true love.

Random fact – Johnny has a tattoo of a sparrow on his forearm. This could be a reference to Captain Jack Sparrow – the name of the character he plays in the successful ‘Pirates’ series, but the bird has another nautical meaning.  Traditionally, if a sailor had sailed more than 5000 miles, he would be tattooed with a sparrow or swallow in celebration as these birds symbolise safety in long journeys.  The ancient Egyptians believed sparrows rescued the souls of people who died.  Another important symbol – one that arguably Johnny might most relate to – is that swallows and sparrows also symbolise freedom.