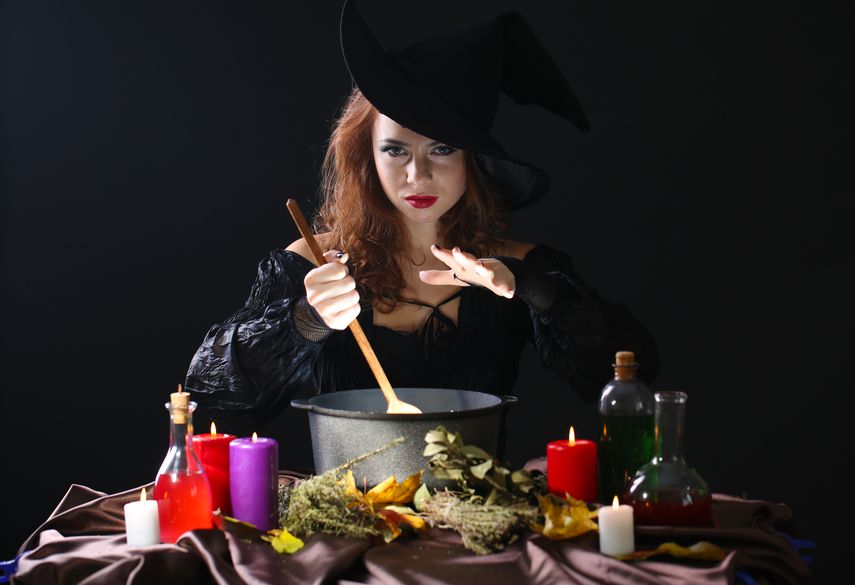 Halloween is a time where the veil is at its thinnest and you can take the time to connect with loved ones who have passed over. I always set out a plate of food and a drink for my mother and have a photo of her next to it. I get the sense she is around and even play her favourite old records, hoping she is joining in the shindig!

If someone you know has died, it is the perfect time to celebrate that person’s life and also the very best time for you to connect with them. Make an alter that represents them, write them a letter, put small pieces of food out, light a candle with their name on and anoint it with olive oil.  As you light the candle, feel their energy around you and communicate anything you feel to them. Death and life go hand in hand.  When we pass over, we can jump back to the cycle of life and do it over and over.  We meet old friends, we lose old friends and then we reconnect on the big wheel of life (and death).  Take this perfect opportunity to know that the energy of those you love are not far away and celebrate the good times, the special times and embrace the memory of those beautiful spirits.

If you’re planning to carve a pumpkin and stocking up on goodies for Halloween trick- or- treaters, take a moment to consider that you’re actually taking part in an ancient Celtic ritual.

The celebration that we know today as Halloween is actually a blend of ancient and modern traditions.  You’ll sometimes see Halloween written as Hallowe’en –  a short form of ‘All Hallows’ Evening’ – the night before the early Christian festival of All Saints’ Day held at this time of year, which was itself the Church’s adaptation of an ancient Pagan feast.

Many associate Halloween with the Celtic harvest festival of Samhain.  The Celts believed that, on October 31st, the veils that separated the living and the dead grew thin.  Fires were burned to dispose of dead cattle and people donned crazy costumes to fool the evil spirits that could step into our domain on that night.

The grinning pumpkins lit by candles that you see are a variation from turnips that ancient Celts carved into skulls before placing them in their windows at night.  For the Celts, the skull represented the head, which was to them the most powerful part of the body as it held the spirit.

On this night of myth and magic, the Scots believe that if you carve the peel of an apple into one long strip and throw it over your shoulder, it will fall into the shape of the first letter of your future husband or wife’s name.  Single women curious about whom they’ll marry should sit in a darkened room, gazing into a mirror as it’s said that on that night the face of their beloved will appear in the glass. But beware – if a skull appears instead, it means that whoever looking will die young!

Over the years the form of the celebrations have lost their original meanings, so many people today will happily carve a pumpkin and place it in a window without knowing that they are performing a magical ritual to honour the good spirits and keep the evil ones at bay.

As hundreds of Irish people emigrated to America to escape the famines in the 19th, they took their traditions with them, and that included the celebration held at this time of year.  If you’ve ever been to America, you’ll know how important Halloween is, with almost every house in every town decorated with glowing pumpkins and the streets at night full of children in ghoulish costumes going door to door to collect sweets and play tricks where they are given none.  It also got the Hollywood treatment, as studios have and still continue to churn out films packed with vampires, werewolves, shocks, horror and gore around this festival.

For many years, Halloween has only really been celebrated in the UK by those upholding the ancient traditions, but the traditions are finally coming home in force, even though they may have changed along the way.

So there you have it – a mad mix of feasting, fire, fun and fear and a time to connect with those who have passed. Whatever you are doing this Halloween, enjoy!