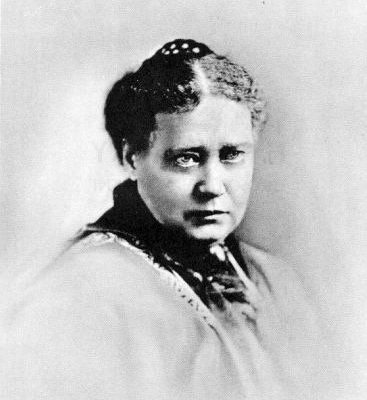 To begin with, there’s a big difference between channelling spirit and connecting and communicating with spirit guides.  You might have seen JZ Knight who channels an entity called Ramtha, especially if you’ve watched the film What the Bleep as she/he makes many appearances throughout the movie.  When Ramtha speaks, he does so through JZ Knight.  It’s the same when Esther Hicks steps aside and allows Abraham to speak to audiences through her. That’s channelling.

A Course In Miracles is considered to be one of the founding texts of the New Thought movements and it was channelled by American clinical and research psychologist, Helen Schucman, in the same way that Jane Roberts channelled an entity called Seth to write many books.

Together, Ramtha, Seth, Abraham and the book A Course in Miracles have introduced us to many spiritual ideas that we talk about today.  Seth talks about how we create our reality through our thoughts and Abraham talks about the key to manifestation being our vibrational alignment.  The New Thought movement is so called because it helped spread the idea that we are creators, rather than the divine being something outside of us.

Having said that, they were not the first to introduce us to those ideas.  Helena Blavatsky, founder of the Theosophical movement and author of the spiritual classics, ‘Isis Unveiled’ and ‘The Secret Doctrine’, used automatic writing to produce her written works.

One of the key aspects of channelling is that often people who do channel, or allow spirit to speak through them, have no real memory of what was said after they have come out of the trance that they were in.  It was slightly different for Neale Donald Walsch, who after raging against his fate one night to a God he wasn’t sure he actually believed in was astonished to have his questions answered.  He published the resulting dialogue in the global bestseller,   ‘Conversations with God’.

So the key difference with channelling and working with spirit guides is that when channelling people literally ‘move over’ and spirit speaks through them.  That’s very different to going through a guided meditation, meeting your guides and having a conversation with them.

So that’s what we’ll look at next.