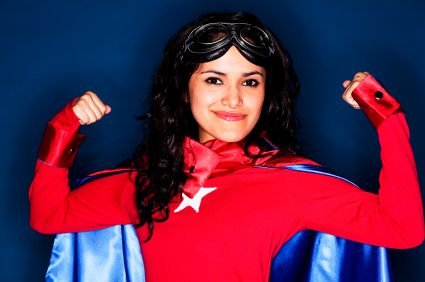 Do you find that people who need help continually show up in your life – much more than they do in anyone else’s?  All relationships involve give and take, but if you notice a repeating pattern where you are doing all the giving, it’s important to stop and take note. You just might have fallen into the role of rescuer.

Rescuers go beyond the boundaries of healthy reciprocity in relationships into a space where they have become habituated to caretaking in a way that actually serves no one.

On a quantum level, that sets up a vibration that will literally attract people into your life who need rescuing!

What are some of the signs that you might just be a rescuer?

1/You often lend money or things to people who haven’t returned them or who have trashed your possessions – sometimes the same people over and over again!

2/Other people who know you try and flag up that you’re doing too much for others, but you dismiss what they have to say or make excuses for the person doing all the taking.

3/If you discover that someone has a problem, your immediate response is to jump in and try and fix it.

4/Helping someone else out secretly makes you feel ‘good’, ‘worthy’ or powerful.

5/You know deep down that continually giving isn’t good for you, but you just can’t seem to stop.

6/You have given more than you can afford – more money, more time, more effort, more anything that leaves you broke, empty or just at the end of your own tether!

7/You can see that continually helping people out is having a detrimental effect on your life.  For example, endless nights sitting up trying to counsel a mate who isn’t moving on with their own problems is making you repeatedly late for work in a way that could jeopardise your job.

Women are particularly susceptible to falling into this role as our culture can drum the idea that it’s ‘selfish’ for them to have boundaries around giving and that the only way to be good is to make everyone else happy– even if it’s at the expense of their own needs.

But how do you step out of that role?

1/Do a bit of soul searching.  Deep down, do you feel unworthy of love just for being who you are?  If you believe you are only lovable because of what you do, it can push you towards endlessly doing for people who are in reality capable of doing for themselves.  Know that you are worthy of love and respect!

2/Realise that sometimes the most powerful thing you can do for someone else is let them sort out their own problems. Be there to support their own efforts by all means, but don’t automatically step in and bail them out.  By perpetually rescuing others, you can actually set up a dynamic where they give away their own power.

3/Forgive yourself and the other person!  It’s normal to feel angry at yourself or the other person when you first hit clarity that you’ve been giving too much but, no matter what they have taken, they have given you the very real blessing of an experience that allows you to work out your own boundaries. You can’t condemn someone else for what you chose to give them, and you really can release any anger directed at yourself for what you have given.  Life is a learning curve.  You have the right to make mistakes and move on, so don’t beat yourself up.

4/Learn to say no with love.  If you’re not used to drawing boundaries, it can feel scary at first and you can meet with some resistance – especially as others may have got used to you being the go-to person and want to keep you in that role!

5/Expect a few changes, shake ups and shake down.  After time, you’ll find that the people who vibrated towards you because they wanted to take melt out of your life and all of your relationships become much healthier.

6/Get help and support if this is a major issue for you.

We are all one, and it’s important to reflect that connection in the way that we treat others, but remember that we are all a shard of the divine and infinitely powerful.  We all need help sometimes, but no one ever really needs rescuing.  And who knows, once you step out of the role of rescuer, you just might get to see the other person rise up to deal with their life and your relationship can get back into its proper balance!