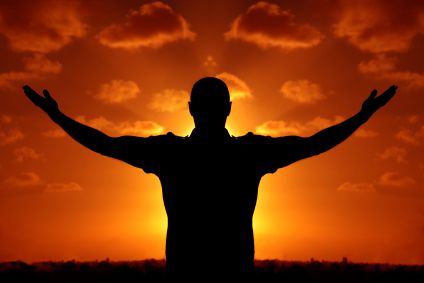 You’ll sometimes hear people talking about the shadow in relation to an aspect of ourselves that is said to lie just beyond the reach of our consciousness – but what is it, and what purpose does it serve?
The idea of a shadow side is embraced by many cultures since the dawn of humanity. The Lakota Sioux Native Americans call this the Nagi which is considered a ghost self and Nagi are the shadows of people. The Sioux believe that to be in balance you must embrace the shadow self, the parts of yourself you reject.

Psychologist Carl Jung is most associated with the concept of the shadow.  According to Jung, it is a place where we push all of our irrational and nasty thoughts and feelings – the ones we can’t bear to look at in ourselves, but pushing them away doesn’t make them disappear.  As we go through life, what is in our shadow comes around to trip us up, and the more we try and push it away or deny it, the more it snaps back at us.

Other people working in the field of psychotherapy since Jung’s day talk about it slightly differently.  Instead of seeing it as a kind of toxic dumping ground for all the bits of ourselves we can’t tolerate, many emphasise that the shadow is the place where we may find buried treasure and monsters that transform to our most powerful and creative resources when touched with the light of human consciousness.

If you want to see the shadow creation process in action, imagine a little girl having a full blown tantrum in the supermarket because she can’t have a chocolate bar.  What you’re seeing is a raw form of human emotion that the little girl hasn’t yet learned how to handle.  Ideally, as she grows up, the little girl learns how to integrate her primitive emotions into a fully rounded personality.

But it doesn’t always work out that way.  Experiences we encounter along the way can train us or shame us into stuffing parts of ourselves down to our deepest recesses.   As she grows into a young woman, she may be horrified at that part of herself and push it away, or she may be continually told that nice girls never get angry and so stuff it down and lose that valuable treasure.  When fully integrated, that healthy anger can let her know when a boundary has been crossed and help her say no calmly and clearly, but if she stuffs it down before she can integrate it, she loses part of her power.
When something is pushed deep within the shadow, it takes on the form of a terrifying monster that we can be afraid to look at or deal with.  That’s when you get people who deny anything that might be seen as ‘negative’ in themselves or others, or who push it out and project it on people and situations around them. When we judge ourselves and other people we slip away from our power. Practice unconditional love, forgiveness and acceptance of yourself.

Digging for treasure means reclaiming what has been pushed down into the shadow and integrating it, first into consciousness and then into our personality and behaviour.  Everything in the shadow can be reclaimed and transformed and that is the key to being complete in ourselves and in our true power.

Much modern psychotherapy and spiritual practice is about bringing all the parts of ourselves home and becoming the whole person we were meant to be. But you can make that integration of the whole of you part of your everyday practice.  When feelings or thoughts that you find uncomfortable come up, instead of pushing them away, you can sit quietly, breathe deeply and get curious about what gifts they bring in their wake.  What you might see as a monster lumbering out of the shadows can transform into a resource when it reaches the light of day.

When you are dealing with a strong emotion, always remember, you are not your anger, or your jealousy, or your rage.  There is always a you that lies beyond any emotion that you feel that is connected to the divine whole.  That’s the bit you want to hang on to and immerse yourself in when you are dealing with strong feelings.  When you fall into the strong feeling, you can get confused and think that’s all there is about you, but this is never the case. You are far more than that.

Another psychologist, Carl Rogers, firmly asserted that ‘the facts are always friendly’.  What he meant by that is that if you are willing to look beyond the surface of something, what you see underneath leads us to a far greater truth about who we are and what we are capable of when we embrace our full power. There is no one on this earth that is perfect and that is part of our souls journey. You are a beautiful unique soul doing your best embrace all sides and shine!