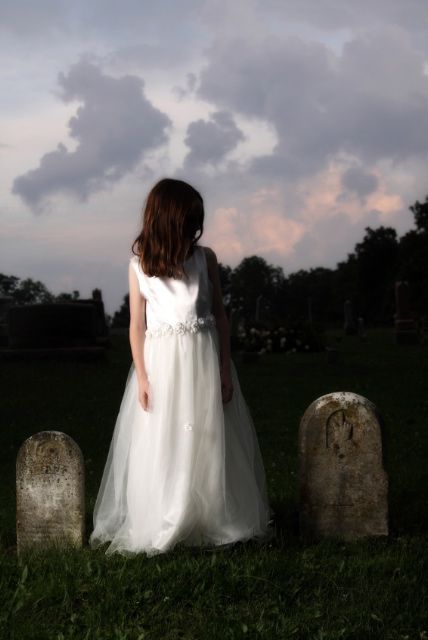 When we first moved into our new home, which is actually an old rectory with a fascinating history, I did my usual ritual of going around and giving all of the rooms a good smudging and declared that we intended to love and cherish it and hoped that we would be welcomed before sprinkling salt in the corners. It’s a ritual I do not just when I’ve moved, but also on a regular basis to clear the energy. When we bought the place, some of the older villagers said the place was haunted and told us some pretty full on tales of the ghosts. We feel the ‘ghosts’ like us as all we have ever heard is some flute music in the spare room and in the early months the living room door would swing open with a violent bang (we just invited them to watch telly and it soon stopped!).

Not everyone believes in ghosts or spirits, but ask anyone if they have ever encountered anything strange or know of someone who has and right on cue you open the doors to stories of spine tingling bumps or things being moved around in the dead of night, or ethereal figures being spotted flitting across doorways, so what’s going on?

Firstly I would say ghosts are different from the spirits of people who have passed over who might contact you. For instance, when my mother died, I was in my sitting room one day and the whole room filled with a bright light and an overwhelming feeling of love and she told me she was fine and should have let herself pass over long ago!

Some believe that ghosts are the spirits of those who have passed who might be lingering because they have unfinished business or because they aren’t even aware that they have actually crossed over. People who call themselves ghost hunters travel the country far and wide to track such spirits, using recording devices to try and capture them on film or in sound. Loads of people these days are becoming fascinated by orbs – little circles of light that can be captured on camera when you are taking a photograph that are believed to be spirits or energies. Funnily enough I visited Carnac in France and went to a church thatwas built on top of an ancient passage grave at midnight mass.  It was such an incredible spectacle and the energy was so amazing that I took loads of pictures that revealed hundreds of orbs around the church itself.  I couldn’t help wondering if the ‘ghosts’ turned up for it especially!

Others take the view that, if you catch sight of a ghostly apparition, what you are actually seeing is a portal into a place where past and present meet, so effectively you are looking through a spy hole in time where someone going about their daily business might be just as surprised to see you as you are them! There is also the idea, based on the notion that energy only changes form and can never be destroyed, that what you are seeing is a kind of hologram or film from the past captured in the cosmic web or caught in an electromagnetic field, particularly where intensely emotional events have happened, like a replaying movie. Stories of haunted castles or houses where on the same day each week or year, women or men in historical dress can be seen crossing corridors or appearing to float upstairs, carry the idea that what you are actually seeing isn’t an entity, but a moment in time played over and over again as you might watch a film on your television, even though the actors aren’t really there at all.

Skeptics say that ghosts are nothing but projections of our own emotions and no matter what is seen will never believe it. They have also tried to prove it is only an electromagnetic effect on the brain and therefore not real but ‘all in the mind’, although ultimately this could not be proved.

There are different kinds of ghosts which appear. Poltergeist activity – where mischievous ghosts are said to actually move objects – are most often noted in households where children are just reaching adolescence and some say the activity is a manifestation of their seesawing feelings as they enter into adulthood or others say that they are malevolent energies, entities rather than ghosts, that are created by using Ouija boards.

Perhaps the many documented cases of messenger spirits give us the most food for thought. That’s when someone known makes an appearance to someone they love at a time that is later discovered to be the moment that they crossed over. There are accounts where children have come downstairs in the night, asking why granny or granddad just came to see them and it isn’t until the morning that the phone call comes to say that they have passed.

Ghosts certainly appear to hold an enormous fascination for us and, if you’re interested, there are a few groups on Psychic Knight where you can join and swap stories or upload photographs if you feel that you’ve captured something strange on camera, and if you want to share your stories here, I’d love to hear them!

I do feel that we need to respect the spirits who ever they are and that certain events and TV shows which try to ‘wind’ the ghosts up are very disrespectful to the sacred. In ancient and some modern cultures the spirits are respected and honoured, not hounded and used for our commercial entertainment!