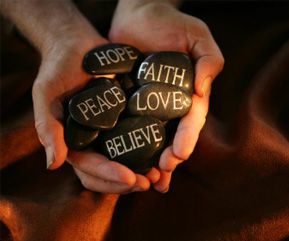 Most people asked to name something you might use in a reading to evoke divine spiritual wisdom, guidance or information would probably think of Tarot.  The first record of such cards being used for esoteric purposes actually appears in 1771, however, making them relative newcomers in a long list of divination tools that have been used since records began.

The Old Testament includes references to Urim and Thummin.  Kept inside the breastplate of the High Priest, these were stones that were cast to divine the will of God.   Back in Ancient Greece, Oracles were direct conduits, channelling messages from the Gods (the most famous being the Oracle of Delphi), but Seers were able to interpret symbols sent by the Gods and often used animal entrails to answer questions in rituals we would find gruesome.

Over in Ancient China tea leaves were and still are used in divination.  The art of interpreting them became known as tasseography, which these days also embraces the reading of coffee grounds, popular in Turkish cultures, and even the remnants left after glasses of wine have been drained. Alongside tea leaves, the Chinese also used and still use yarrow stalks and perhaps most famously the small metal discs cast and used in consultation with the book known as the I-Ching.  In other Shamanic based cultures, Shamans cast and continue to cast bones, feathers, stones or any artefact taken from nature and made sacred to the divination process, whilst the Norse cultures gave us the small carved stones known as runes that first appeared around the Iron Age.

All in all, every culture has its own favoured tool of divination and more or less anything can actually be used – even a piece of fruit.   An old Scottish tradition involves peeling an apple on Halloween and throwing the skin over your shoulder where it’s said to fall into the initial of the person you’ll marry.  You might say that this deceptively simple ritual sits on top of a wealth of symbolic meaning around the humble apple that goes back as far as the story of Adam and Eve.

Make your own tools

Despite the differences that exist, there are common themes around the creation and use of tools of divination that you can follow to make your own.  If this is something you’d like to do, it’s best to start with the end in mind.  Decide what kind of answers you might want, of what kind of depth, and let that lead you to what you would need a set of tools to be able to do for you.  For example, the ritual involving apple peel might reveal the initial of the one you will marry, but you might want a few hints about what kind of marriage it might turn out to be and that would lead you to creating something capable of delivering far more complex layers of meaning or information.

Taking the route of selecting things that already exist and giving them meanings is definitely the quickest way.   You can select small stone, sticks or even crystals to which you can ascribe certain meanings.  Or you can take the other route and work on creating your own sophisticated set of divination tools such as Oracle cards or runes. I’m a keen collector of Tarot and Oracle cards and there are no limits to what might inspire your own creative process.  For example, the Aztecs used birds and the Native Americans animals.  You could use flowers or symbols taken from mythology, Gods and Goddesses from ancient cultures or, as has become popular recently, different Angels.  Whatever theme you decide to follow will probably take you on what might be a long and fascinating journey of exploration into the historical symbolic meanings of whatever it is you have chosen, especially as there is a strong likelihood that even if you think you are going for something totally original, you are likely to be walking well trodden ground where a lexicon of symbolic meaning already exists.  Even if you decide that you are going to be totally modern and make an oracle deck using pictures of cars, for example, and you decide to have 11 cards, you will probably want to know that in numerology  11 is a master number and that brings its own significance to the deck you are creating!

But let’s say you’ve done your work, chosen your crystals, and painted your cards or carved your runes.  Then you need to decide how they will be used.  When you shuffle cards or toss yarrow sticks in the air, there’s a moment where you are allowing something – call it magic – to step in and inform the final outcome of how they appear, so whatever you decide to do it has to include a similar kind of window of chance.

If you are using cards you can even create your own spreads and ascribe meanings to different positions, as was done in the creation of the Celtic Cross.

It doesn’t really matter what you choose, use or do.  It’s really all about the process you go through.  Some say that creating tools and rituals evokes the sacred, but my own personal view is that we are actually the vessel as we are already part of the whole and that any ritual or tool that we use acts as a kind of sophisticated Dumbo’s magic feather.  We are capable of flying without it, but until we become confident, it can provide us with the boost we need to trust the intuition that lies within us.

Then it’s about turning our tools to work.  Reading for ourselves and others and noting the information that we glean from using our divination tools gives us a way of measuring how our own skills are coming on, how our tools work and where they might need some tweaking.  And who knows?  One day in the future, others might have adopted the tool you design and it could even pass in to popular use.

A version of this article first appeared in Soul and Spirit Magazine.