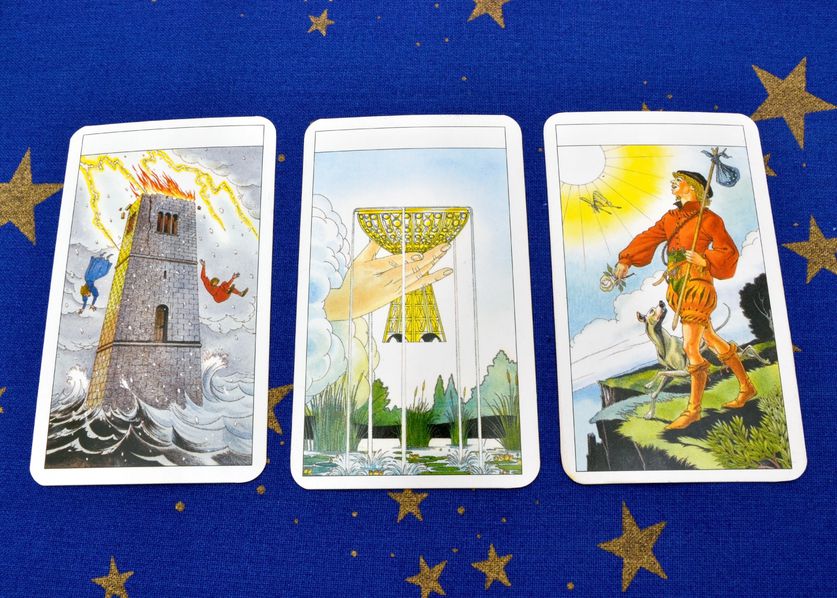 The term ‘arcana’ which is used in Tarot to describe the Major and the Minor suits is actually derived from the Greek word meaning ‘secret’. So, we can say the Tarot is actually comprised of secrets – big ones for the Major cards and smaller ones contained within the Minor cards and it is our job as readers to uncover and interpret these secrets. Think of yourself as a profiler or detective interpreting the information and then placing it in context of yours or the person you are reading for, question.

So, what’s a good way to be able to access even more secrets that the Tarot contains above the traditional interpretations we’re given in books? Well, think about a real detective for a moment. They gather evidence but very often they also rely on their intuition as to whodunit as well allowing them to ‘hone in’ on a suspect while of course profilers build a psychological profile based on the evidence. So, your ‘evidence’ is the cards that appear in the reading. Hopefully you’ve also read my article on seeing relationships between cards. Another valuable technique for accessing the secret information in the Tarot involves developing your own interpretations of the cards – just like that detective also relies on their intuition!

As usual, you’re going to need your Tarot journal but for this exercise you are going to need more than one deck of Tarot cards. It’s usual for us to start off with a Rider Waite deck (or one very similar) when we are learning to read the cards. However, what usually happens is that as our confidence builds we acquire other decks especially when we encounter a deck we are especially drawn to or whose imagery resonates with us. I know of many readers who collect Tarot decks but no matter how many they have they usually only use one or two. For this exercise if you have several decks use the two decks that you are most comfortable with but which have very different imagery and styles to start with.

You’re going to need a fairly large, uncluttered surface – a table, desk or even the floor if you are comfortable there. First separate out the Major arcana cards from both decks. Now, set out the cards of the Major arcana from both decks in order side by side – in other words the two Fools next to each other, the two Magicians and so on. When you have done this sit back and take note in your mind of the similarities and differences between the same cards in both decks. Once you have taken note of both start to really concentrate on the differences between the same cards. Based on the traditional interpretation of the cards in question what are these differences telling you? It is understanding and interpreting the ‘secret’ between the differences that gives you additional information. It doesn’t matter if it flies in the face of what you have been told the card means – what matters is what you intuition is telling you it means. Now, write this down in your journal and move on to the next card and do the same thing. You have now accessed and ‘detected’ some new information – new ‘evidence’ you can apply to a reading in future.

When you have finished working with the Major arcana then use the same process to work through each suit of the Minor arcana. Obviously this process takes time but you’ll be building your skills as you do. If you have several decks you can repeat the exercise using either two completely different decks or else just substitute one and you will be amazed at the different information – the ‘secrets’ that are revealed to you each time that you do.