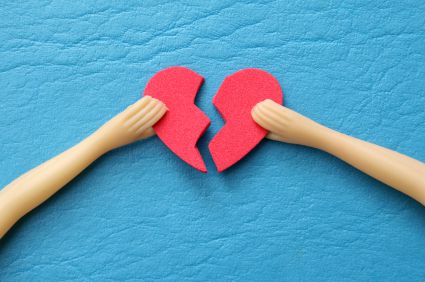 In the process of clearing your emotional decks, you might run up against Suffering.  Suffering can really guilt trip us up.  You wake up to a gorgeous sunny Saturday when you have no plans.  Just as you’re making breakfast, you get a text from a friend saying that they are arranging an impromptu picnic in a local park and asking if you fancy coming.  Your heart jumps up at the idea, but you have to check in with Suffering first.
Suffering lives in a darkened room full of TV sets and radios and surrounded by piles of newspapers so it can keep up to date with all of the terrible things happening in the world.  Ask Suffering if it wants to go on the picnic, and it will fix you with hollow eyes and say reproachfully, ‘A picnic?  When children are starving in Africa?’

If it’s not Africa, it’s the state of the rain forest, or cruelty to animals.  There’s always plenty for Suffering to get its teeth into.  And Suffering manages to guilt trip us up because it’s always right – there are loads of things that would make any decent person shudder going on all around us right now.

It’s really hard to tackle Suffering because it’s such a brilliant hypnotist, mesmerising you into thinking that it is doing something to help and managing to appear just that little bit superior to the rest of us at the same time. Suffering suffers because it’s sensitive, compassionate and caring, you see.  Meaning that if you don’t suffer along with it, you’re not.

If you start to question Suffering, it will pull out its trump card. Suffering actually comes from an ancient line of Martyrs, pulling heavily on the Judeo Christian culture that informs the very social fabric of many of our lives, whether or not we have any form of regular spiritual practice.

Suffering will tell you that not only is it sensitive and compassionate and caring, it also holds the key to you having what you want.  It will explain that how the universe works is this.  If you’re good, you’ll be rewarded (and the flip side to that is that if you’re bad, you’ll be punished).  So what you have to do to get what you want is Suffer and then the big slot machine in the sky will light up with three cherries in a line and rewards will rain down around you.  Suffering will tell you that in order to get what you want, you must offer up your pain in exchange for a heavenly reward.

Suffering offers you a totally distorted view of how the universe works and the best way to flex your spiritual muscles.  The seeds of Suffering might have been planted when we were children if we only got attention or a treat when we fell and the adults around us rushed in like cavalry, bearing kisses and sweets to take our mind away from the pain. More recently, it’s also been given a nod and a wink by every TV show that now incorporates a back story of pain and deprivation to accompany candidates on their journey to singing stardom.

The truth is, you can be kind, loving, compassionate, sensitive and caring – all of good stuff – and outside of where it’s normal to occasionally slump under the weight of what needs sorting in the world before rallying for the next round, Suffering in the extreme is really just a huge old fraud.

Imagine spending a night in a busy Accident and Emergency, where people are flooding in with all sorts of injuries and problems – some of them critical.  Now imagine that the next time the doors fly open and a trolley is wheeled in with someone in a really bad way on it, all of the doctors and nurses are so overcome with Suffering that they can’t act.  These people have the same physiological and psychological make-up as all of us do, but the difference is that in order to maintain their psychological and spiritual health, they can’t give in to Suffering or they would go simply go under and they wouldn’t be able to help anyone.

Either they somehow got through life without becoming infected with that particular meme, or they’ve worked hard to root it out in the way that we all can as soon as we realise that it isn’t serving us or anyone at all.

Here is the killer truth about Suffering from a spiritual perspective.  If you are locked into an unconscious pattern of trying to make a trade that involves offering up your Suffering for a ticket into paradise on earth, then you are not acting from free will.  You are acting in expectation of a reward, even if the reward is relief from Suffering.  And as a result, you are likely to end up disappointed, scanning the skies and wondering why heaven has forgotten you.

How do you know if you’re being weighed down by a Suffering complex?  That takes a lot of honest and deep introspection.  It involves sitting quietly and being willing to listen and pay attention to what comes up if you imagine releasing any Suffering you might be carrying.  It involves carefully picking through the threads of that particular weave and pulling them out one by one, memory by memory and meme by meme.  It’s not an overnight job, but it’s one worth doing.

And then you don’t need to check in with Suffering before you go on that picnic – although you might make a quick stop on the way to drop off the bag of clothes you sorted out for the local charity shop because you do care about the children in Africa.  You do what you can, and then you go on and enjoy the life that you have.

The Tao of T