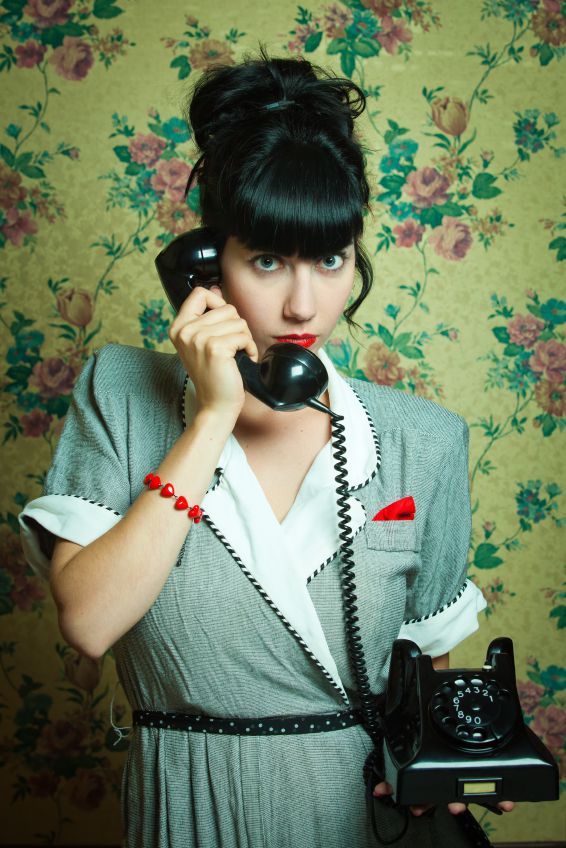 Okay, so you’re desperate for them to call and they haven’t.  There are all sorts of situations that could lie behind this particular scenario.  You’ve had a fabulous first date and they said they would call, but it’s been three days now.  Or you’re a few months in to dating and it seemed like it was all going to so well, yet all of a sudden it feels as though they’ve gone cold on you.

These days, with mobile phones ever ready, it’s easy to get hold of someone, so what’s the problem?  You decide that you can’t stand the waiting any longer, so you call and leave a message. You still hear nothing.  So you decide to try again.  Still you hear nothing.  You start frantically trying to work out what it means.  Maybe the entire mobile network is down. Or they have met someone else.  Or they are trapped in a snow drift and if you call just one more time, you might actually save their life.  So you call again.

At such times, steel yourself to do nothing until you’ve read these points to ponder.

1/Stick to what you know.  Easier said than done, but try.  The only thing you can know with certainty at such times is that they haven’t called.  You can’t know why.  Hard though it is to accept, any other ideas that you have after that are much more likely to be shaped by your ability to handle ambiguity plus what you are hoping for than anything that might be useful.  Pay attention to the conclusions that you leap to or the buttons that having to wait presses for you.  Are you feeling abandoned?  Convinced that they have met someone else?  Certain that they are deliberately staying silent to keep you on your toes?  You may well be right.  Or you may well be meeting your own shadow that has reared up to terrify you with doubts and fears that have got very little to do with what’s going on.

2/Call once, if you must, and then step away from the phone.  Unless their last message to you was, ‘I’m going to try and make it across the mountain pass, but it’s turning into a whiteout and I can’t even see the road ahead’ the likelihood that they are just fine and either just busy or really not open to pursuing a relationship with you in the way that you would like.

3/Keep calling and you could actually push them away.  On an energetic level, you wanting something too much and feeling a bit crazy and desperate about the whole thing can actually divert them from the path they were going to take.  They may have indeed gone elsewhere on a psychic level.  Perhaps they are worried about a job interview, or maybe they are trying to work out how they feel about you.  But maybe they were on their way back – until they picked up their phone and saw seventeen messages from you.

4/ Stepping back can hurry them forward.  There is nothing that makes someone step up to the plate like them sensing on a psychic level that you aren’t hanging around for them.  But this is very subtle and you have to be careful.  Being fully immersed in your own rich and busy life gives off one kind of  psychic energy. Arranging to go out on a date with someone you don’t actually like that much, just because you hope the news will get back to the one who didn’t call and galvanise them into action is another.  One is you acting authentically, the other is you reacting. There is a psychic energetic difference.

5/Remember, what is for you cannot pass you by.  If this relationship is meant to be, you will be together.  If it isn’t, there is nothing that we can do to stick someone to us who doesn’t want to be there.  We’ve all tried at various points in our life, and we’ve usually failed, or even if we’ve succeeded in the short term, the results haven’t been that nice to live.

Know that you are worthy of being called and worthy of love.   Think of it like this; the universe can’t deliver someone who will truly love you and truly make you happy if you’re tangled up on a psychic level with someone who isn’t right.  Trust that you live in a love-abundant universe and release them.  Keep your emotional decks sparkly clean for the right love to come to you.  It might be them. It might be someone  even better.  The universe will deliver.