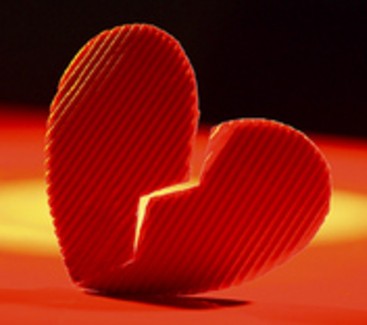 Most of us at some point in our lives have had sex with an ex or wanted to. There are times when we split up from a lover and the only thing in the world we want is to rekindle that sexual and love connection.We can get obsessed or perhaps we have sex with an ex as it’s less complicated than dating someone new as a well known celebrity recently said? At the time the thought of one more intimate encounter can make all common sense go out the window and we can convince ourselves that it is exactly the right thing to do but if we were looking at it as part of our soul journey what can it teach us?

From a spiritual perspective, our bodies are sacred vessels that allow our souls to take material form in the world. Along with that idea, another one that ancient spiritual traditions of all kinds have in common is that sex is a sacred act. In ancient Sumeria sex was celebrated as an expression of the divine and poems were written about the joys of the sacred vulva! The word “sacred” comes from the Latin sacrum, which referred to the gods or anything in their power and every religion and culture has an opinion about it.

In our 21st century culture we sometimes forget that sex is linked to the soul (and yes even a one night stand!) I’m not talking about anything moral here but sex is an exchange of energy. When we have sex we are letting someone enter the core of our soul not just our physical being. Even if you get drunk and don’t like them it impacts you on a vibrational level. Sex and love are two of our greatest teachers and how we relate to these issues tells us a lot about our true relationship with ourselves and where we are on our journey.

We can’t make someone think of sex in the same way that we do, no more than they have the right to make us change the way that we feel so it is good to be aware of our own thoughts and intentions when leaping into a bit of passion with an ex. Should you have sex with an ex? My suggestion would be that if you’re clear on what it means to you and what it means to them and that’s fine with you exactly as it is, then go ahead. But if you dive in there hoping that this is going to tie them to you or make them realise they can’t live without you, there is the possibility you are going to get hurt if it doesn’t work out like that because it just doesn’t mean the same thing to them, or if they told a few fibs to get you in the sack, which also sometimes happens. And then of course there is the other aspect of free will and being human that says, they might mean one thing at the time and later change their minds.

There is no such thing as totally safe sex, and that works on every level. When you engage with another unique soul, you’re swimming in a potent cocktail of the divine, intention, energy, beliefs, memes, desires and free will and all sorts of things. You just can’t shake that dice and know exactly how it’s going to roll out. Energetically I believe on some level whoever we have sex with we connect not only with them but their soul group and their current energy level. Have you noticed that some people can make you feel uplifted and others drained? Being intimate blends our energy with someone even if it is only for a night and that energy can stick around.

The nature of the hurt we feel when we have sex with someone and discover that it doesn’t mean the same thing to them actually stems from a violation of your own notion of sacredness. Interestingly, the word ‘sacred’ also used to refer to the area around a temple, and sometimes having sex with someone can really feel as though we’ve let the wrong person onto our sacred ground.

Sometimes sex can be used to be self destructive. If you find yourself regretting sex with an ex or anyone else look to see how lovable you feel. Take some time to meditate and visualise a golden light of protection around you or perhaps have a salt bath and feel all the fearful energy being washed away. You are lovable and even if one person rejects you it does not change the reality that you are a beautiful part of the whole and worthy of love just like anyone else. Someone else’s rejection of you does not make you worthless or unlovable. By being conscious each time we have a sexual encounter and being honest with ourselves about what it is about can cut through many complications Who you share your sexual energy with is up to you but it is a powerful force which is going to impact you on a very deep level so make sure you nurture and are true to your divine self in the process.