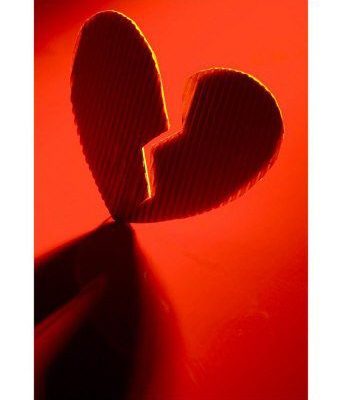 One minute it seems you’re in love – or maybe as far as you’re concerned just going through a rough patch you’ll work through – and the next they up and leave.  It’s over, you’re left shocked and reeling, not even able to grasp what’s happened or why they went. They ignore your frantic calls and texts.  And even if they replied to the thousand questions you want to ask, nothing that they could say would make sense.

If that’s happened to you, it can feel as though the other person has left a big energetic hole that sends you spinning out, unable to get a firm grasp on who you are or what you do next.  What makes it worse is that you can be convinced you’ve lost the only person you’ll ever love and you’ll never love again.

What we need at such times is closure.  Closure comes when we reach a point of certainty about what’s happened and what to do next.   And that’s a place you can get to independently of anyone else.

You can get it by pulling your energy away from the uncertainty of why they did what they did and whether they’ll come back and putting it on closing the gap they left.  It’s about reclaiming your psychic energy that otherwise looks likely to pursue them across the ether  and pouring it into loving and nurturing yourself.  It means tenderly caring for yourself through those early days as you’d look after your best friend until you piece together a place of psychic safety.  That’s the rock from which you build your new life.

Later on, you may look back and see all sorts of bits of wisdom that you missed when you were consumed with sheer survival.

You might look back and see that when they did leave, it might have been a shock to you but it wasn’t actually out of the blue.  Often we tend to leave relationships long before we go.  You may remember times when your psychic antennae told you something was up but you pushed the intuition aside for all sorts of good reasons at the time.

You may also see that even though they were the one that actually left, it was over for both of you.  From the outside, you still looked like a couple, but the relationship wasn’t feeding your soul or giving you the love that you deserve or need.  It’s almost impossible for a relationship that isn’t working for one person to be truly working for the other one involved.  We can fix on the idea that it’s okay to be with someone who doesn’t want to be with us for all sorts of strange reasons, but deep down we know we deserve more.

Love is our greatest soul lesson, love sometimes feels like it will break us but if we let it each time it brings us closer to ourselves and our souls growth. One day you can even get to a place where you totally understand the soul lesson that particular relationship came in to teach you and you may not like them but you could bless them for delivering it. Know you are lovable and worthy and nothing can take away that truth.  You can go on to love again, this time much wiser than before.