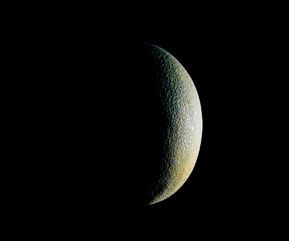 New Moon in Aries is the astrological New Year and a fabulous time to start new projects or  leap into something that excites your soul! But don’t delay – on Monday the 19th Mercury, planet of communication, goes retrograde – so get those plans into action this weekend or they could be delayed. Over the next few weeks we see Jupiter, Uranus and Chiron going into dreamy Pisces. This brings about a deep awakening in people. All of a sudden you might feel you have to follow your dreams, be true to your inner voice and get in touch with your real and authentic feelings. Humanity is asked to become more empathetic and tune into others feelings and needs as well as the needs of the planet. Deep times! In terms of relationships expect a sudden turn of events which reveals things as the really are. New Moon in Aries is the beginning of this cycle of change and it will be very difficult to suppress or hold back your real feelings.

On the 26th April Saturn (planet of responsibility and structure) is opposition Uranus (planet of freedom and unpredictability) so we may see some kind of religious or cultural skirmish. Problems are arising as we open to being more emotional and tolerant and Saturn resists, encouraging some people to dig in and become more fundamental. On a personal note you might find someone in your life trying to control you or judge your new found freedom of expression. In a way it is a little test of your commitment to personal freedom and self expression.  Saturn is also in Virgo, further underpinning issues of control and judgment, whilst Uranus is in spiritual and emotional Pisces seeking unity and equality for all.

Interestingly enough, Obama became president when Saturn was opposing Uranus. It was a break in previous structure and Obama broke the mould by not only being the first black American President, but also seemingly having an emotional rhetoric and commitment to change.

All in all, this month has great gift and great challenges! The planets give us the opportunity for a personal revolution and positive change.