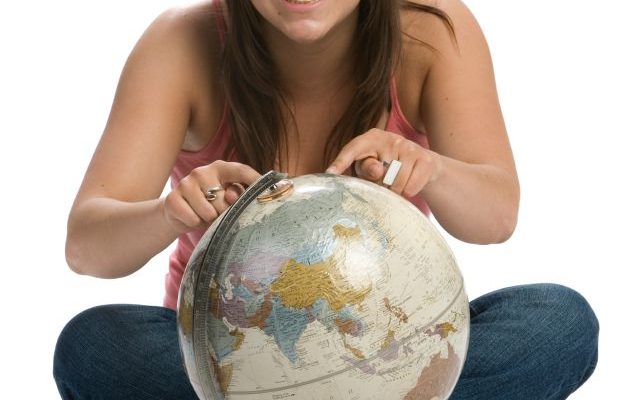 Remote viewing is the practice of focusing psychic intention to gather information about a place that is in ordinary life at a distance away. People who have this psychic skill can pick up geographical markers such as trees, rivers or details of the general
landscape and objects or constructions that can be later verified as being physically present.  Remote viewers can also describe the layout of buildings.

The idea of ‘journeying’ somewhere else is very familiar in Shamanic practice; but it wasn’t until 1974 that the term Remote Viewing was coined by Russell Targ and Harold Puthoff. You can see Harold Puthoff talking about it in this video.  Around that time, the American government became hugely interested in the military applications of this and other psychic skills; and launched its own research programme under the umbrella of various initiatives including Project Stargate. Results were spectacular but mixed and the project was later abandoned.

As an aside note, the hugely entertaining film The Men Who Stare At Goats is based on what actually happened during this time; when the American military started mixing with Shamanism; and actually deals with the question of what happens when psychic gifts are used in this context in a moving and thoughtful way. I don’t want to give away the end of the film, but if you do get to see it, watch the journey of the character played by Jeff Bridges as he moves from initial hope through despair to his ultimate totally Shamanic redemption!

Here in the UK, research conducted at the University of Northampton by Dr Roe in 2008 does seem to show that the majority of us do have psychic ability that can we can develop in the psychic skill of remote viewing.  Certainly, it looks like there’s been a resurgence of military interest in the area as a Daily Mail article that talks about that research also says that the MOD had launched its own studies, but won’t discuss the findings!

All that aside, how do you go about developing your own psychic skills in remote viewing? Enlist the help of a friend and try this psychic exercise!

Grab a paper and pen and have them to hand.  Sit quietly where you won’t be disturbed, close your eyes and focus on your breathing until you feel that your mind has become calm and you are totally relaxed.

In your mind’s eye, picture a window frame and set your intention that you’re going to look through that window to see where your friend is.  The more relaxed your mind is, the more you will be able to get sensory impressions of the area that you are looking at.  Experts in the field say that at first you’re likely to get sidetracked by your imagination which will plop all sorts of things into view, but over time you can become more proficient at emptying your mind and quieting your imagination and get to recognise the difference between your imagination and what you are able to tune into using your psychic skills.

When you feel you have enough information, bring your attention back to here and now, open your eyes, get your paper and pen and start making notes of what you picked up – either writing words or better still, sketching images.  Do include other sensory information – you might get a whiff of lemons and find out that your friend is in Italy staying near a lemon grove!

Then you can check your results with your friend to see how accurate you are.  In particular, make a note of the quality of the ‘hits’ that you picked up as over time that
will help you sort out what is your imagination and what is coming to you through your psychic antennae.  It might be a difference in clarity or colour tone, or 3D feel.

As with any other psychic skill, remember that practice makes perfect!