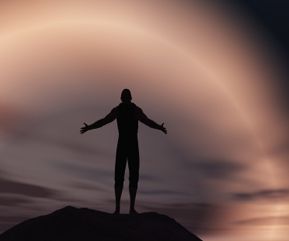 Everybody has psychic ability, the real question is which area of psychic perception are you most attuned to.

The classifications of psychic perception relate to the five human senses:

This article discusses these classifications of psychic perception with a goal to help you identify which area you are most attuned with.

The term clairaudience is French which translates to mean “clear hearing.”  If you are a natural clairaudient, you will report hearing sounds or voices on a psychic (non-physical) level.  For example, you may hear music in certain rooms of a home when in common-physical-reality, there is no music playing.  Heightened audio perception also comes in the form of an “inner voice” speaking to you.  This inner voice is quite different than your inner critic (what I call the “munchy mind”).  You can differentiate between your inner voice and the inner critic because your inner voice is the voice of reason and speaks from an expanded place of divine love and compassion.  Clairaudience is often employed by gifted Mediums who can hear the voices of loved ones who have transitioned into non-physical.

Clairvoyance is also French and means “clear seeing.”  If you are inclined to clairvoyance, you are able to see non-physical phenomenon.  This could come in the form of seeing emanations (spirits), seeing auras and seeing actual scenes from past, present or future.  Having the ability to see psychically is sometimes compared to a video running through the third eye of the mind/spirit.  Clairvoyance is one of the most common forms of extrasensory perception.  This kind of psychic perception is experienced internally (inner vision), but some psychics also claim to see events as if they are happening in common (physical) reality too.

This is a not-so-common aspect of psychic perception, but it can be an incredibly powerful way of interpreting non-physical information.  I’ve experienced this phenomenon a few times.  For example, as I was conducting a reading for a client, an overwhelming taste of salt and copper came upon me – very metallic and cold tasting.  I conveyed this sensation to my client, and she validated this by telling me her husband had transitioned into non-physical from a heart-attack, and he had reported the same coppery taste in his mouth before passing.  A bit more Q&A with her husband confirmed his identity and we had a marvelous connection.  In the realm of psychic perception, it’s important to keep your awareness attuned to any form of sensory communication.

This is another uncommon way to experience psychic perception, but no less important.  The olfactory system is a vastly underutilized sensory detector.  Have you ever caught a whiff of something that catapulted you into a long lost memory?  Something you haven’t thought of for years?  We can have the same kind of transcending experience through psychic smelling too.  A friend of mine who is a psychic healer consistently smelled fresh baked bread when one of her clients came for her massage session.  After thinking about it, my friend realized this smell is primarily composed of yeast.  She mentioned it to her client, and her client confirmed she was struggling with recurring yeast infections.  From there, my friend and her client were able to work out a holistic treatment which proved to be very successful.  I know, it sounds outlandish, but this is often how the subtle art of psychic perception works. Just paying attention to slight cues like this, and acting on them (as my friend did with her client) causes natural psychic connections to unfold.

Not necessarily physical touching, but more of a visceral knowing is what clairsentience is about.  The term is also French and means “clear knowing” or “clear thinking.”  Clairsentience can come in many forms; and can also manifest itself in our perception by using all our senses at once.  The most common form of clairsentience is the ability to feel the emotions of people around you.  If you have ever entered a room and felt the tension hanging in there – that is an experience of clairsentience.  Or if you have ever just known something without a rational explanation – you have psychically sensed information – this is also a form of clairsentience too.  Clairsentience is often interchangeable with the term “intuition” because it’s an inner knowing – a visceral assurance about information that has come to you outside of the realm of common reality or logic.

We all have psychic ability.  Making a commitment to explore all areas of psychic awareness is a good policy to enhancing overall perception.