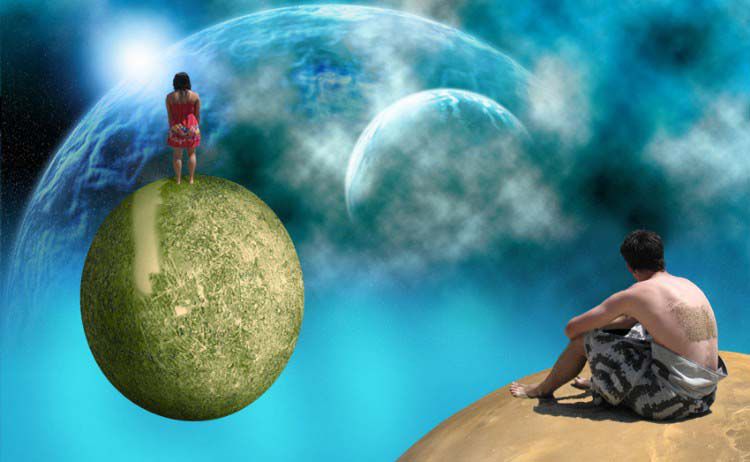 How many of you bought Men are from Mars, Women are from Venus back in the ‘90’s? And how many of you have a well-thumbed copy of it? One that you still refer to in an attempt to explain your mate’s baffling behaviour? If you’re blaming relationship issues on your partner’s sex, then you need to think again.

According to the latest research just published in the Journal of Personality and Social Psychology, there’s a shocking revelation. Your partner is not an alien species. Men and women are categorically the same.

“The common belief that men are from Mars and women are from Venus is really wrong, we are all from planet Earth” – Professor Harry Reis, at the University of Rochester and co-author of the study says. He and another author Bobbi Carothers from Washington University in St Louis, looked at previous studies. They analysed 122 different characteristics that we all share. For example, fear of success, intimacy and empathy in 13,301 individuals.

They found that on the whole, men and women did not fall into different groups. “Although gender differences on average are not under dispute, the idea of consistently and inflexibly gender-typed individuals is. It is not at all unusual for men to be empathic and women to be good at math — characteristics that some research has associated with the other sex”, explained Carothers. “Sex is not nearly as confining a category as stereotypes and even some academic studies would have us believe.”

There’s no doubt that for many people, John Gray’s book was groundbreaking in helping people communicate with their partners. But what this new research tells us is that we’re all human beings with the same needs, fears and feelings. Even if we’re not always able to communicate those effectively. So, from a soul relationship perspective, avoiding stereotyping our partner because of their sex is a big step towards building a lasting soul connection.

Dr Lissa Johnson, a clinical psychologist with more than 15 years counselling experience, says that many individuals still buy into the notion that men are from Mars and women are from Venus to the detriment of their relationships. “It’s not unusual for women to underestimate the depth of mens’ emotions and the degree of their vulnerability. Particularly in relationships, which can cause a lot of misunderstanding and unnecessary disconnection. It is also not unusual to have conversations in therapy about the universality of basic human psychological needs. Men and women can be surprised to discover their shared experience in this regard.”

We can use gender differences to explain away or even excuse bad behaviour in a partner, when in fact this research shows us that other factors. For example, character, upbringing, culture, customs and ideologies have a much bigger role to play. So, before you blame your partner’s behaviour on the fact they are in their ‘cave’ or ‘well’ – it could just be they are exhibiting a personality trait rather than showing you they are from some alien world. And while many astrologers will tell you romance is written in the stars, the fact is that on a soul and emotional level we’re all coming from the same place – love.