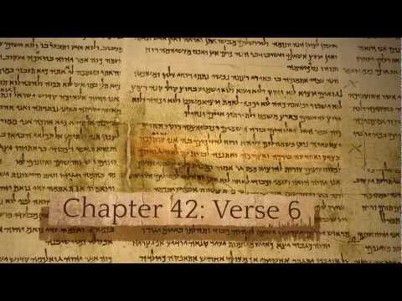 Google has made five of the Dead Sea Scrolls available on line – meaning that anyone with access to the internet can see them or even download them to their mobile phone.

The scrolls are thought by many to be one of the most important archaeological finds of the twentieth century.

The Dead Sea scrolls consist of over 800 individual scrolls found hidden in eleven caves along the Dead Sea shore between 1947 and 1956.  It is believed that they are over 2,000 years old and make up the library of an ancient Jewish sect called the Essenes.

Written in Hebrew, Aramaic and a smattering of Greek, they consist of biblical manuscripts and sermons along with the rules that would have governed the community of the day.

Since their discovery, they have been surrounded by controversy, not least because up until Google’s astonishing act, only a handful of people have been able to actually see them.

Not only can you now view them on the internet, but you can also search through them and translate them into English.

They are tremendously important documents for historians, religious scholars and anyone who is fascinated by their mystery.

Google’s astonishing achievement in putting them on line has opened a window to the ancient world through a totally modern portal.

To me, the idea that I can now download an ancient spiritual text to my mobile and read for myself what was written over 2,000 years ago is hugely exciting.  But take a look for yourself!

more about the dead sea scrolls in this video