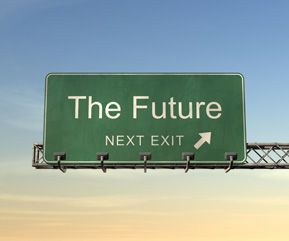 Some psychic readers have an amazing ability to predict dates and even times of day when things will occur.  How is this done, and why can it sometimes  appear to go wrong?

Psychic Connection to the Timeless Universe in Psychic Readings

We have to go back to the understanding that time doesn’t actually exist in the way we might think it does.

Einstein talked about there being no real separation between past, present and future.  A quick review of spiritual practice and writings from ancient tribes and other cultures shows that shamen understood the principles of relativity long before Einstein appeared!

By tapping in to the web that connects us all, a psychic reader is able to look forward and backwards, sometimes with astonishing accuracy, at when things have happened and when things will happen.

I have given and seen my readers give astonishingly accurate timings but due to the nature of time it is important that we only use these timings as a guide and not set in stone.

When Timings Appear Out in a Psychic Reading

One prediction made for me included in my biography ‘Touched by Evil’ took twenty years to come true!  When things seem to be taking longer to pan out than a psychic reader might have suggested they would, it can be basically down to two things. Sometimes, especially if you have lot’s of readings, predictions can happen out of synch.

When there is no such thing as time, it’s hard for a psychic reader to be accurate about when something will happen!

You may even have heard some readers say that there’s no such thing as time in the spirit world.  It takes a huge amount of skill to be able to be able to make a prediction about time when you are working in a field where it doesn’t exist!

You have the power to change timings. If you feel that you’re always chasing time, it might be hard to believe that you have much more control over time than you think.

Again, shamen have always understood that everything that appears in our life is a manifestation of what is going on inside us, and that we can apparently slow time down or speed it up in terms of how fast or slow things seem to happen for us.

Even if we really want something, we can either dramatically delay when it will appear, or even apparently block it out altogether, and so it appears as if the psychic made a mistake in their timings.

The good news is that we can also learn to speed things towards us, too!

A good psychic reader will be able to enable you to remove blocks and show you how to come into your creative power.

Becoming the Magicians in Our Own Lives

Understanding that there is no such thing as past, present and future, and that we can influence the speed at which things happen or don’t happen is one of the most powerful steps we can take in becoming the magicians within our own lives.

One thought on “Timing in a Psychic Reading”