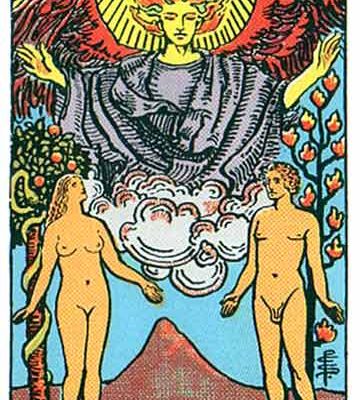 Keeley’s question – Why are there 12 cards in my free Celtic Cross reading?

After I posted my Truth about Tarot article, Keeley asked why I used 12 cards. (Rather than ten in my free Celtic cross reading.)  If you haven’t already seen the reading she’s talking about, click on ‘free readings’ and take a look.

Traditionally, the Celtic cross uses ten cards. You can see that I’ve upped that number to 12. I’ve included two extra cards in the outcome where there is usually just one card used. I should probably come up with a different name for it!

I’ve added extra cards because I think this gives a lot more information. Especially the part of the Tarot reading that most people want to know about!

Ways to read the cards

You can actually read this mini spread in a number of ways. If you read them from left to right, they make a kind of story that gives a snapshot view of a potential moment in the future. Going from left to right, say you had The Empress followed by the Ace of Pentacles and then The Sun, it indicates that you’re in your own power and that a burst of fabulous creativity will help you start a new venture that basically gives you your moment in the sun where you can bask in success and recognition.

Either that, or you can look at the middle card as being the most important and think of the two either side as adding detail.  If we go with the same three cards it doesn’t change the basic meaning but gives it a slightly different emphasis.  The focus here is on any new ventures you might want to start, but it also talks about the need to harness your own creative power to do that and recognition and reward being a big part of what makes up success.

You can get extra detail at any time in any spread by pulling more cards. Let’s say you’re using the Celtic cross to give a Tarot reading to someone else or for yourself.  You turn over The Knight of Cups in the ‘what could come in’ position and you want to know a bit more about this person who can charm anyone’s socks off.  All you need to do get the other person having the reading to pull a few more cards at random from the deck, or pull them yourself, and chuck them on top.

Even the spreads that we traditionally use in Tarot readings aren’t set in stone.  You can adapt them, play with them and invent your own.  And that’s something I’m going to talk about in another article.

Keep those questions coming!  Post them below and I’ll answer in future articles.